A fine wine can be hard to recognize, but Richard Christy was willing to try on Tuesday … using only his ass.

In a grand and elaborate entrance, Richard was wheeled into the studio completely nude, on all fours, and with a black tie adorning his backside. Presented before him were three different pinot noir wines for him to slurp down: one that costs $8, one that costs around $80, and one that costs upwards of $800, just like the bottle Robin Quivers infamously ordered 10 years ago while out to eat with Howard and others from the Stern Show. 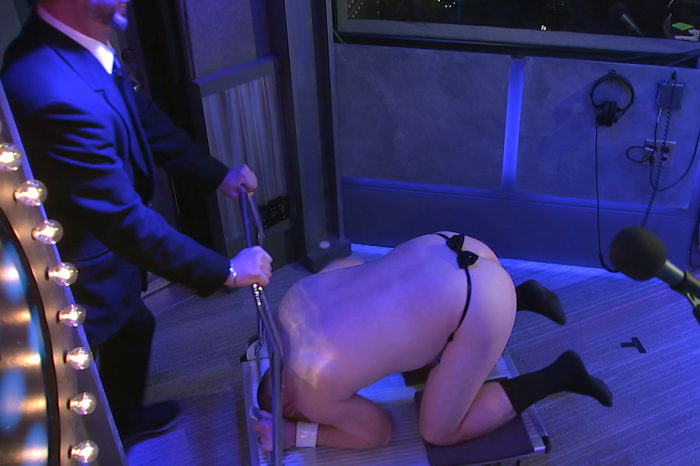 Suited up beside him was his “sommeli-ass” JD Harmeyer, ready to pour each variety of wine into Richard. This is hardly the first time JD has held the glass of booze going into Richard’s backdoor, though – he also served Richard a selection of craft beers in 2015 and helped him celebrate 13 years on the Stern Show in 2017 with a special champagne toast.

The image of Richard drinking through his rear end is one JD can’t put out of his mind, no matter how hard he tries.

“When the liquid goes in, his ass pulsates a little,” he recalled for Howard.

Also in studio was Gary Dell’Abate, tasked with an equally important job. “I’m handling the asshole microphone” Gary explained. “I want to hear the liquid going in … If there’s any noise, I want to get it.” 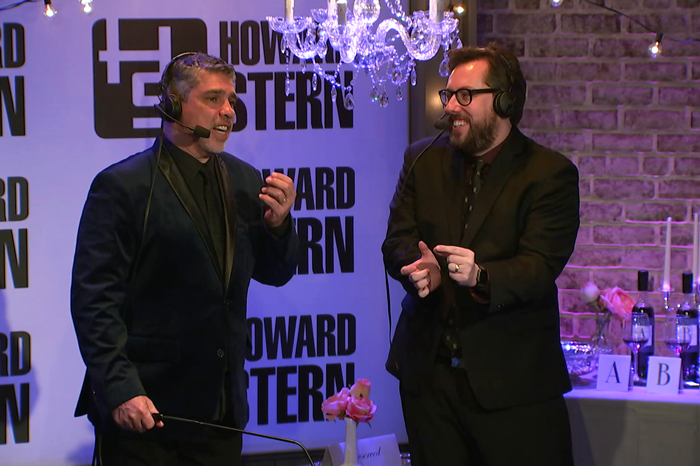 The final team member needed for the taste test was Sal Governale, in charge of holding Richard’s legs back to ensure easy access to his ass.

“It’s a little difficult,” Sal said as Richard got into position on his back, throwing his legs behind him so Sal could grab hold of them. “He’s got a lot of weight and I’m pulling him back so he can spread his asshole. We’re getting the maximum stretch out of his ass.”

“There’s a flap of meat in his asshole,” Gary reported with a groan as he looked down at Richard.

Robin guessed the growth must be a second tongue capable of tasting, but Richard suspected the extra skin was just a result of “aggressive wiping.” 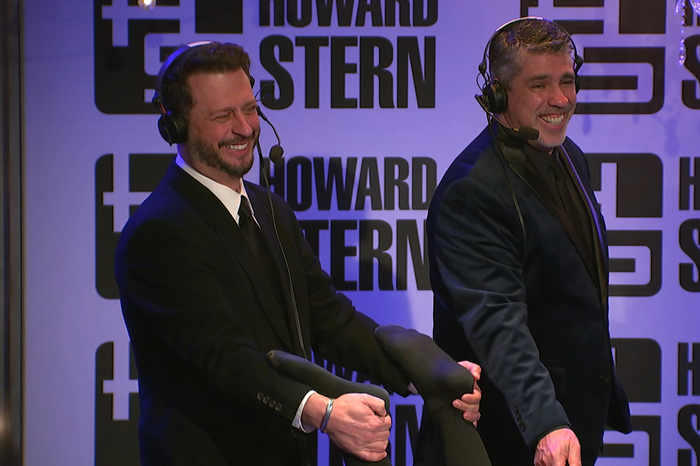 With each bottle’s cork popped, JD started pouring, beginning with Wine A.

“We should point out we’re giving you very limited amounts of alcohol,” Howard said, warning his audience not to try this at home.

“It’s so wide open right now,” JD said with a laugh. “It does look like that thing in ‘Return of the Jedi.’”

Check out the video of the Sarlacc pit JD was referring to (above).

With a quick swirl, Richard claimed he could almost instantly get a sense for the wine’s taste. “Oaky flavors, hints of leather, black cherry, and currants,” he described.

Though he was going to “spit” the wine out rather than “swallow,” he opted not to.

Next, Richard sampled Wine B. “My prostate’s getting a hint of malolactic fermentation,” he remarked. “This one’s softer, silkier, smoother.” 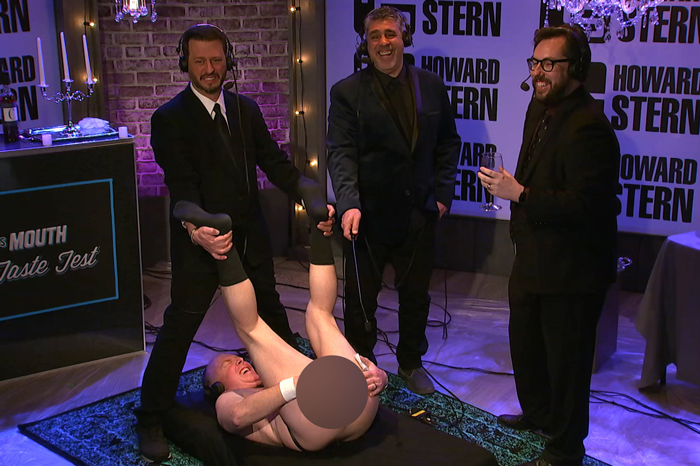 Richard then asked JD to “clean his palate” using a baby wipe. And though he wasn’t wearing gloves, JD obliged.

Richard was given a generous pour of Wine C and told everyone it had a “nutty taste.”

“Yes!” Richard replied as wine spilled out of him.

With each pinot noir now savored, Richard was ready to rank each wine in terms of price. He guessed Wine B was the most expensive, Wine C was the least expensive, and Wine A was the midrange vintage.

Without hesitation, Howard read the results written on the piece of paper in front of him. “The most expensive wine is Wine C which you said is least expensive,” he revealed with a laugh. Wine B wound up being the cheapest while Wine A was indeed the midrange option.

“I’m more of a beer guy than a wine guy,” Richard said.

As somewhat of a wine connoisseur himself, JD took a taste of each wine as well (with his mouth, of course) and selected Wine B, the inexpensive wine, as his favorite since it wasn’t as strong as Wine C.

“There might be more tannins in C,” he explained.

“That’s what I felt in my asshole,” Richard said in earnest. 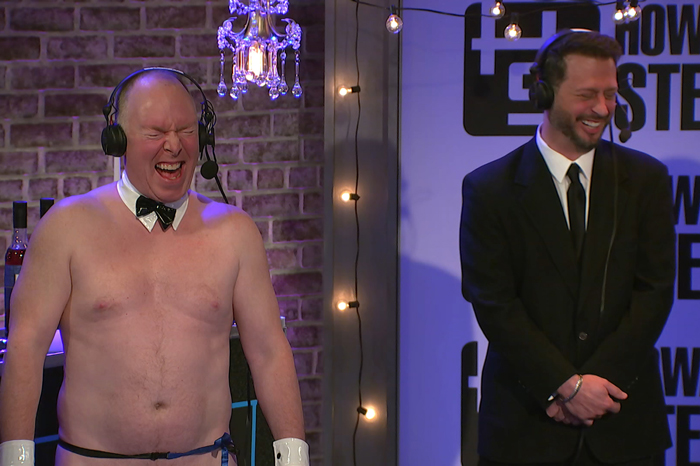 “What have we learned?” Howard asked.

“That I’m an asshole,” Richard said with a laugh. “I got a pretty good buzz now, too.”

Though he was unable to correctly pick the pricier wine on Tuesday, Howard said he still believed Richard possessed some sort of ability to taste things with his ass. He suggested they try another test on a future Stern Show using beverages Richard is more familiar with, like beer or sparkling wine. And if nothing more, there was a valuable lesson to be learned on not overpaying for wine when an affordable bottle can taste just as good.

“So is the point that when we went out to eat, Robin could have ordered an $8 bottle of wine?” Howard joked.