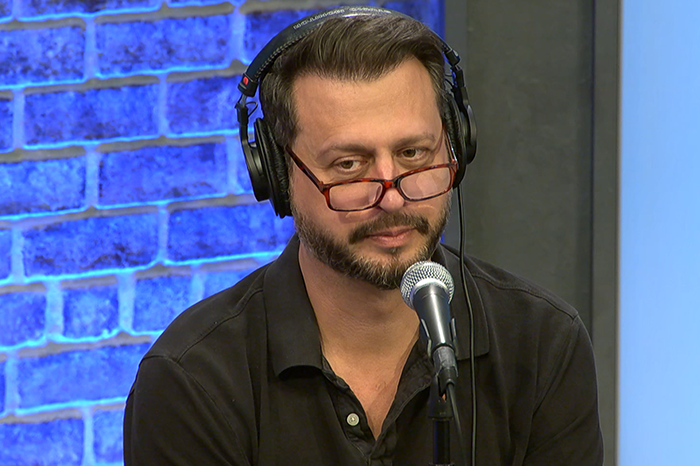 While the sight of Richard Christy’s bare behind didn’t give Sal Governale a heart attack on Tuesday morning, Howard learned his staffer may still be at risk based on his untreated high cholesterol.

After learning his cholesterol hit 220 two years ago, Sal said he declined a prescription for Lipitor from his doctor and instead opted to go on a regimen of supplements he found on the internet.

As an alternative, Sal began taking a combination of CoQ10, PQQ, NAC, fish oil, and turmeric. And moreover, he was so sure he appropriately medicated himself that he didn’t return to the doctor until two years later, which is when he made a troubling discovery.

Howard wondered why Sal was worried about the risks associated with medication considering he still vapes.

“He cares about Lipitor, right, because it’s going to fuck with his brain function, but the stuff he puts in the vape pen has skull and crossbones on it,” Gary Dell’Abate agreed with a laugh.

Luckily, Sal has seen the error of his ways and is now exercising regularly and following his doctor’s orders.