Howard got into bed Monday night to watch the latest “Game of Thrones” episode featuring the much-anticipated Battle of Winterfell. The only problem was he could barely see any of the onscreen action since the scene was so dark. On Tuesday morning, his co-host Robin Quivers said the same thing happened to her.

“I watched it. It was very tough for me,” Robin told him.

“It was tough for everyone,” Howard said. “The episode is so dark, the screen is pitch black.” 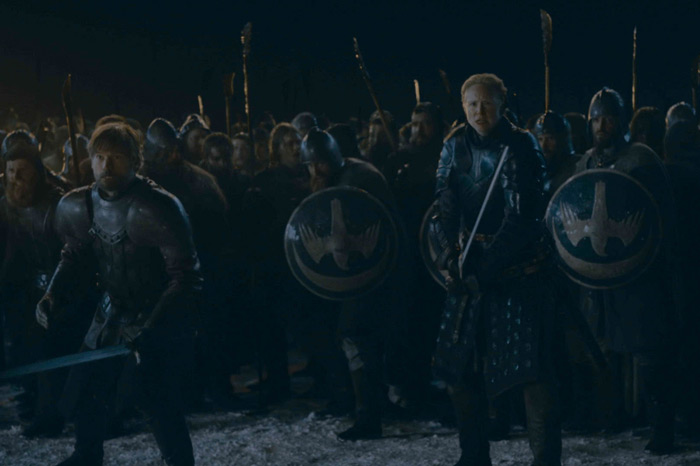 A scene from Sunday’s “The Long Night” episode of “Game of Thrones” Photo: HBO

Some fans online have suggested this episode of the HBO series, appropriately titled “The Long Night,” should be viewed in as dark a room as possible. But even after Howard tried to shut out all of the outside light in his home he still had problems.

“I put down all the shades so I could maybe see something,” he explained. Even the light emitting from his alarm clock caused too much contrast against his TV screen. “Anything that had light on in the room I had to cover up with a blanket.”

It seems only one person in the Stern Show office had no problem with Sunday’s dimly lit episode – TV expert Jon Hein. 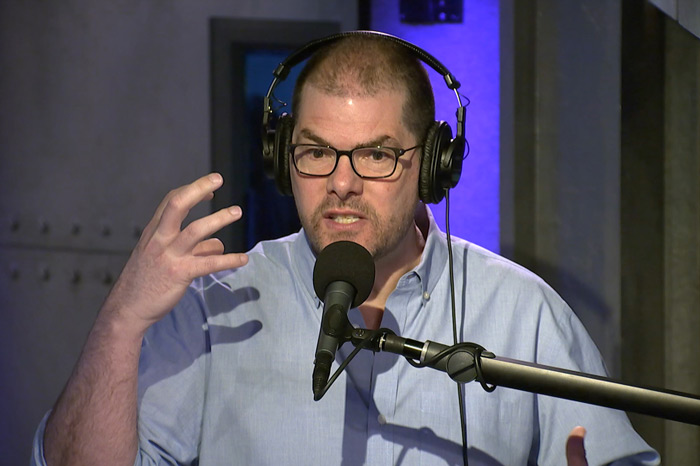 “You gotta pay attention to this show,” he told Howard and Robin once in the studio on Tuesday. “This fight was supposed to take place at night, in the North.”

Though Jon was willing to admit the episode was indeed very dark, even for “Game of Thrones,” he claimed he was able to clearly see what was happening and which characters were involved at each moment.

“All I’m saying is, my viewing experience, I enjoyed it. I was able to follow it,” Jon continued.

Stern Show executive producer Gary Dell’Abate sided with Howard and Robin and revealed he and his good friend Jon had quite a battle of their own over the episode.

“Jon and I were at odds yesterday,” Gary told Howard. “It’s probably the biggest disagreement we’ve had since I’ve known him.”

As an avid reader of “Game of Thrones” blogs and fan sites, Jon believes next week’s episode will include a much brighter battle that no one should struggle to see.

“I think the next battle will be during the day,” Jon said. “And it’ll be great and you’ll all be like, ‘Oh, this is the greatest show.'”

“He hasn’t been this fired up since he talked about McDonald’s straws,” Howard joked.