Fans who tuned in to see Howard on “CBS Sunday Morning” promoting his new book over the weekend got a quick glimpse of the Stern Show back offices, including quite a few members of the staff. But one person who didn’t make the cut for Howard’s segment was JD Harmeyer.

“JD was upset. He didn’t make it into the piece,” Howard said on Monday. He explained to Robin Quivers how even though he introduced reporter Tracy Smith and her crew to his usually mush-mouthed staffer, it seems they chose not to use any of the footage they shot from their interaction with him.

“I guess I’m not, uh, camera-friendly or something,” JD said with a shrug, adding he was both “bummed but also relieved” to not see himself on screen.

JD joked how every one of his co-workers seemed to make it on TV, but there was definitely one other person who was absent from Howard’s CBS profile: Shuli Egar. However, some on the staff said he sure tried to get himself into the segment.

Though Shuli’s office is on a different floor, he was in and around the main studio area right before the cameras showed up.

“I came down here because I was told to hang out here and then when they didn’t have a spot for me here they said, ‘You can go, you don’t need to be here,’” Shuli explained once in studio. 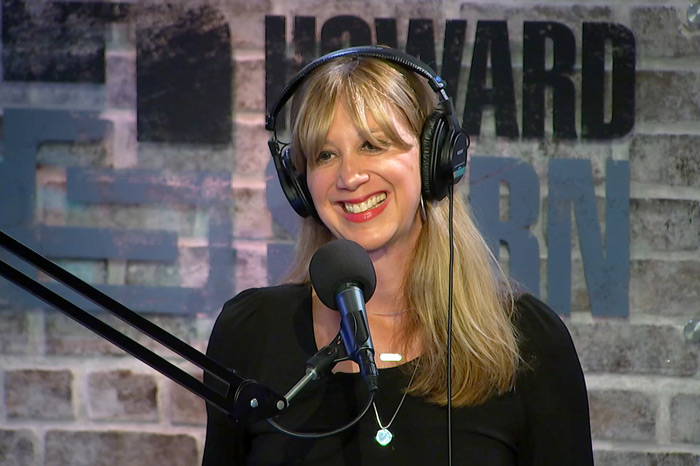 Before returning to his desk, though, Shuli said he went to the break room outside the Stern Show section of the building. That’s where he ran into Madison, a D.J. on the Lithium and Alt Nation channels. She heard Howard was giving CBS a tour of all the other studios around the SiriusXM offices and confessed to Shuli she was nervous about him dropping by to visit her.

“I didn’t know what was going on. She pulled me into her office and told me to sit there,” Shuli continued. He obliged and stayed with Madison. Moments later, Howard did indeed stop in to say hello but that interaction was also left out of the piece.

Ronnie “the Limo Driver” Mund wasn’t buying any of Shuli’s story, however. He insisted Shuli shouldn’t have even gone to that break room since it’s nowhere near his office.

“I didn’t want to be on camera,” Shuli maintained, which only caused Ronnie to laugh at Shuli’s assertion.

Watch the full video of their on-air altercation (above).