Comedian tells Howard about his first-ever stand-up special, the return of “Crank Yankers,” and his friendship with Jimmy Kimmel

He’s been everything from a plumber to a carpenter to a boxing coach to a stand-up comic. But as the title of his new comedy special, “Not Taco Bell Material,” would suggest, Adam Carolla has never held a job at the Mexican fast food chain, though he sure did try to get one when he was just 15. He told Howard the full story on Monday’s Stern Show.

“As I think back on it, I realize what happened, Adam said with a laugh. “I was functionally illiterate … that application looked like a note from the fucking Unabomber, I’m sure.”

His sloppy penmanship and inability to spell words correctly may have deterred Taco Bell from hiring him, but it didn’t stop Adam from trying to find a job. He eventually got a gig flipping burgers on the grill at his local McDonald’s and has been working hard ever since.

Even his new stand-up special is the product of Adam’s strong work ethic. After a successful run in radio, Carolla said he had to suddenly pivot following the near collapse of the industry, due largely in part to Howard’s move to satellite radio in 2006.

“Radio got turned upside down a few years after you left,” Adam told Howard. “I was doing okay and then the economy dropped and then everything went away and then there was no more radio industry.”

After losing his show on terrestrial radio, Adam started his own podcast a few short years later and also began doing stand-up gigs again, something he hadn’t done in decades. “All I had was a name. I didn’t really have an act,” he told Howard. “I had my feet under me … I knew how to be in front of a large crowd, I just needed to start putting an act together.”

From small clubs to big clubs to full-on theaters, Adam kept performing and perfecting his stand-up material. And when he felt he’d worked his act in enough rooms, he decided the time was right to do a televised stand-up special, the first he’s ever done. 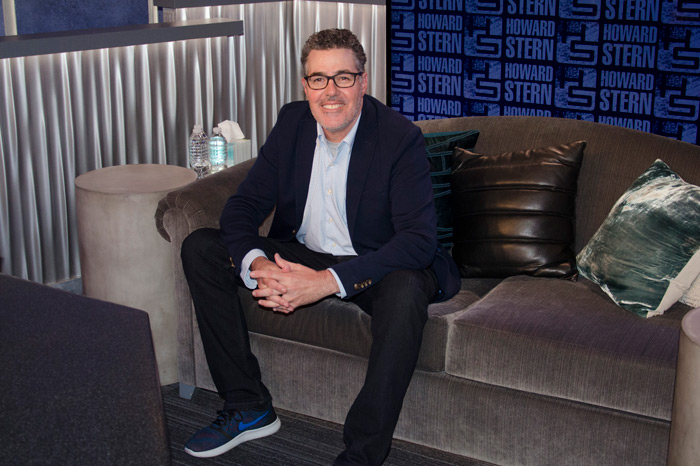 That commitment to his craft hasn’t left Adam with much free time which means he doesn’t see his close friend Jimmy Kimmel quite as much as he used to. Earlier this month, it was Howard’s own busy schedule that caused him to cancel a planned trip to Italy with Jimmy, and Adam joked it was a smart move on Howard’s part.

“I’ve been to Italy with Jimmy … overrated,” Adam said.

On his own trip to the old country with Jimmy, Adam said his wife wound up getting very sick. Though Adam told her to rest in their room while he went out and had a good time, Jimmy was willing to offer her a bit more help.

“Jimmy was the one who was running to the store and getting the Imodium A-D,” Adam told Howard.

By the time Adam and his wife got home she was feeling fine, telling her husband, “Because of Jimmy. Jimmy took care of me.”

Kimmel and Carolla will soon be back at the helm of their Comedy Central series “Crank Yankers,” a puppet-filled phony phone call reenactment show that originally ran on TV from 2002 to 2007. Adam recalled how, during the show’s first iteration, it was just him and Jimmy sitting in an office all day placing prank calls every which way they could for hours on end.

“Now we have some help,” Adam explained, telling Howard the second coming of their show has a full staff which handles making most of the calls. However, that doesn’t mean Adam and Jimmy aren’t involved.

“Chef Boyardee didn’t make every ravioli himself, but he oversaw the kitchen. You see what I’m saying?” Adam said.