Robin Ophelia Quivers has a birthday on the horizon and Howard celebrated the occasion by taking his longtime co-host and a group of her choosing out to dinner at the renowned Manhattan restaurant Jean-Georges.

Howard let her pick the guest list and considering Robin’s friends and acquaintances have in the past run the gamut from shamans to healers to concert pianists, he was curious who he’d wind up dining with. “It could be like the U.N. of kooks,” he joked Wednesday morning. “No offense.”

Much to Howard’s delight, however, Robin decided to invite members of the Stern Show and their partners: Howard and Beth, Gary and Mary Dell’Abate, Fred and Allison Norris, and Jon Hein and his wife Debbie. “I thought about it for a long time, but I was like, ‘This is what I want,’” Robin explained.

While Gary, Fred, and Howard have worked alongside Robin for several decades, some Stern Show staffers were stunned by the addition of Jon Hein—including Jon himself. “I was pleasantly surprised, but I was surprised to be in the crew,” he said.

The surprise wasn’t as pleasant for everyone else. As Howard learned Wednesday morning, several back office staffers were disappointed at not being chosen, including Nik, who works with Robin on producing her news segment each day.

Jason Kaplan said he wasn’t quite as upset, but admitted he was surprised to learn Jon and Robin were so close. Ronnie Mund, meanwhile, theorized he wasn’t classy enough to join the group. 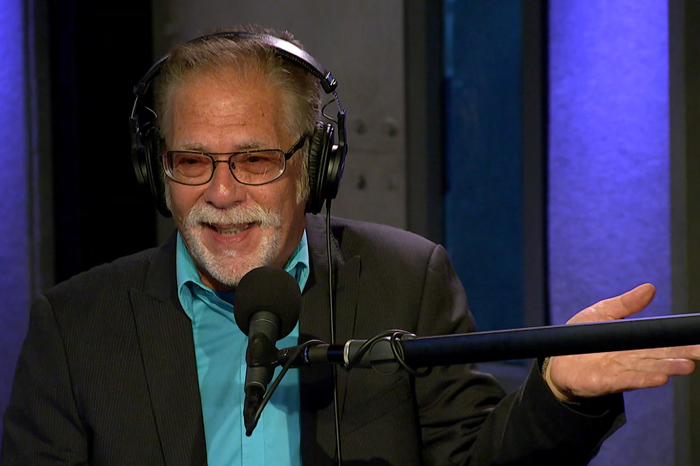 Those who did attend said the meal was delicious and the night was unforgettable, but some questioned whether Jon—an unabashed lover of all things fast food—could truly appreciate the experience. “I felt for Jon because I think he is very confused by everything,” Gary said.

Despite researching Jean-Georges beforehand in the hopes of not embarrassing himself, Jon admitted on Wednesday he had to follow Howard’s lead when picking which utensil to use. His co-workers also noticed he wasn’t very adventurous with his meal selection—passing on trying caviar for the first time and opting for steamed vegetables, a salad, and chicken parmesan instead of the squab, which Fred got.

It certainly wasn’t a wasted opportunity for Gary, who reportedly enjoyed everything from his own meal to Robin’s chocolate birthday cake. “Gary was in heaven because he had the shrimp with bacon early on and then there was so much chocolate on that table,” Jon recounted. “You could tell he was just like, ‘Fuck it, I’m going in.’”

As it turned out, Howard’s birthday gift to Robin also included a watercolor painting of her house and yard which the whole group agreed was nothing short of impressive. “It was just amazing!” Robin said, adding that she’s already hung the work up in her house and took the time to marvel at it again Wednesday morning before work.

Ultimately, the group said they were grateful to be invited and appreciative of their boss for picking up the bill.

“That place ain’t cheap but it’s worth it,” Howard said. “You get what you pay for. It’s some experience … but anyway happy birthday, Robin!”