Hear “Alex Jones” share some of his latest conspiracy theories 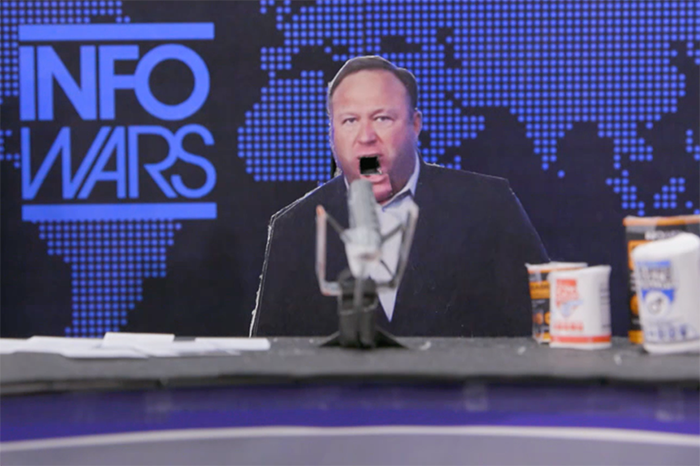 Convicted sex offender Jeffrey Epstein was found dead in his jail cell Saturday morning and while initial reports are calling it a suicide, many are questioning how the high-profile inmate was left alone after possibly trying to hang himself in custody only days before.

“I don’t want to be a conspiracy theorist, but … if there ever was one to be had it’s over this Epstein thing,” Howard said Monday morning.

Noted conspiracy theorist “Alex Jones” called in to agree with Howard for once. Hear “Alex” weigh in on the Epstein case and share his exclusive tape derived after infiltrating “George Soros’ baby BBQ” (below).

“I dressed up like a baby, crawled around the compound. What you hear is going to shock you; it’s going to educate you. It’s going to let you know what’s going on in the world,” he teased.

High Register Sean also smelled a conspiracy when he heard the Epstein news, but that wasn’t the only thing that seemed fishy to him.

“All that negative email that you got about me a couple of weeks ago — I’ve been tracking some of it down and I think C.I.A. operatives are trying to silence me,” he told Howard.

George Takei Talks Meeting Mayor Pete Buttigieg, Shares His Own Funeral Plans, and Recalls How Leonard Nimoy Came Up With the Vulcan Salute