Comedian stops by the Stern Show ahead of her new Netflix stand-up special, “Bangin’”

Celebrity roasts are celebrated for their edgy jokes, but when firebrand comedian Nikki Glaser stopped by the Stern Show on Tuesday she revealed some of the material she prepared for Alec Baldwin’s recent skewering was so incendiary it never made it to the air. Thankfully, Howard gave her the opportunity this morning to perform her too-hot-for-TV jokes in the studio.

The first joke Nikki recalled was a goof on Baldwin that she actually forgot to say while on stage. “Alec, you’re so East Coast. I love it,” she recalled for Howard. “As a New Yorker I just appreciate it about you. In the Big Apple we have a saying that it’s not spring until you see Alec Baldwin handcuffed in cargo shorts.”

The rest of the material Nikki performed on Tuesday zeroed in on Caitlyn Jenner, who joined her and Alec up on the dais. The jokes focused primarily on Caitlyn’s family, parenting skills, and the fatal car crash she was involved in back in 2015. Some of the jokes were edited out of the telecast, others were never told after Comedy Central asked Nikki to omit material about Caitlyn’s auto accident.

“I wouldn’t say these to her face if they were gonna hurt her, but these are really good jokes,” Nikki told Howard before launching into the unaired portion of her set.

Check out her unaired roast jokes in the video (above).

Nikki said participating in roasts can be challenging on several different levels. Not only does crafting memorable, scathing jokes take a lot of energy and practice, but it also requires her to change the way she looks at the world. “When the roasts happen I just get meaner in my personal life, too. I just start roasting my friends,” she explained, adding, “It’s an ugly place to put your mind in, and I go there hard.” 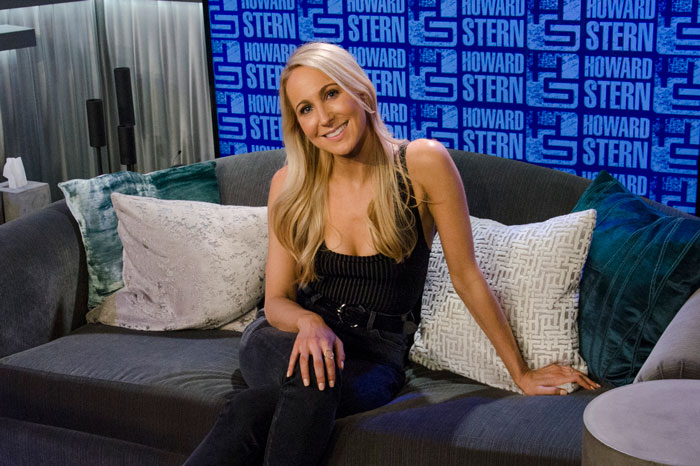 She also admitted it’s hard to be on the receiving end of her colleagues’ jokes, especially when the laughs come at the expense of her own insecurities. “It’s the laughter, it’s not the joke,” Nikki told Howard. “When they say that I look like Owen Wilson and the roof blows off the place, it’s like, ‘Oh, maybe I should look into these injections in my face, so people don’t see that anymore.’”

While Howard and a great deal of Nikki’s fans believe she’s as attractive as she is funny, the comedian said some days she has trouble recognizing her own beauty. She told Howard she really does plan on going under the knife, in part because of the roast jokes she’s internalized over the year.

“But what would you do?” Stern Show co-host Robin Quivers wondered.

“You know, face stuff,” Nikki told her, adding “I think I might get my lips done next week.” She also said she’s considered getting butt implants down the line.

But Howard didn’t think any surgery was necessary. “Listen to me,” he told her. “Don’t plump your lips up … you don’t need it. You’re a good looking girl and fuck any guy who doesn’t [realize that]. They’re not good enough for you.”

His kind words and encouragement apparently moved Nikki to reconsider. “Howard, I’m canceling my appointment,” she told him. “Thank you. That’s all I needed to hear. I’m serious. Thank you.”

One of the guys Nikki hoped to attract with her looks is basketball star Blake Griffin. The two shared the dais at Alec’s roast, but things between them got off to a rocky start after she joked about sleeping with him and he proceeded to playfully criticize her looks on stage.

“I’d fuck you in front of my grandparents,” she recalled telling Griffin during her set before he turned around and compared her physique to that of a male NBA legend.

“Robin, have you ever declared your love to someone and then have them say you looked like Larry Bird?” Nikki said with a laugh. “It really was insulting and hurt my feelings.”

“Is he someone you’d be interested in dating?” Howard wondered.

While Nikki isn’t looking for sex outside a relationship, she didn’t shy away from talking about her past experiences. In fact, she has worked many of them into her upcoming Netflix stand-up special “Bangin’.” On Tuesday, she told Howard she hasn’t had sex in months and was recently surprised to learn that even oral sex can lead to her developing an emotional attachment. “Their penis is, like, closer to your heart or something,” she joked.

Nikki also opened up to Howard about the wildest thing she’s ever done in bed, though she had trouble describing the act out loud. “Eating ass sounds terrible,” she said. “I’ve licked a butt.”

She said the anilingus occurred just once, while she was having make-up sex with a past boyfriend. He enjoyed it immensely but was embarrassed about it afterward, while Nikki couldn’t stop talking about it at brunch because she gets a genuine pleasure out of connecting with her raunchier side. “I love doing weird, sick, whorish things. I feel so empowered by it,” she said, adding, “If I can eat ass, I can do anything.”

One thing Nikki didn’t take much pleasure from was her short stint on ABC’s “Dancing With the Stars.” She was the first contestant voted off on the 2018 season, which she admitted stung. “No one does understand how devastating it is to do that show and get first voted off,” Nikki said, later adding, “It felt like I got fucked by a dude and he he sent me home in an Uber pool … I got ghosted. They didn’t even invite me to the finale. They forgot.”

While some of her past relationships have been frustrating, she hasn’t given up hope of finding the right guy—one who will view her as a catch. “I’m a dream girl,” she told Howard. “I really do think I’m the total package.”

Before leaving, Nikki took a moment to thank one man who hasn’t let her down: Howard himself. “I’m a huge fan of the show. I listen every day. I’ve been a fan for so long. This is the pinnacle of my career thus far,” she told him.

Nikki went on to explain how Howard’s career has even helped some of Nikki’s family learn to accept hers. “There was a pivotal moment with my dad when I first started doing stand-up and I would say all these raunchy jokes and it made him uncomfortable to go watch,” she recalled. “He said, ‘What I tell myself is you’re like Howard Stern. You’re just honest.’ And that meant so much to me.”