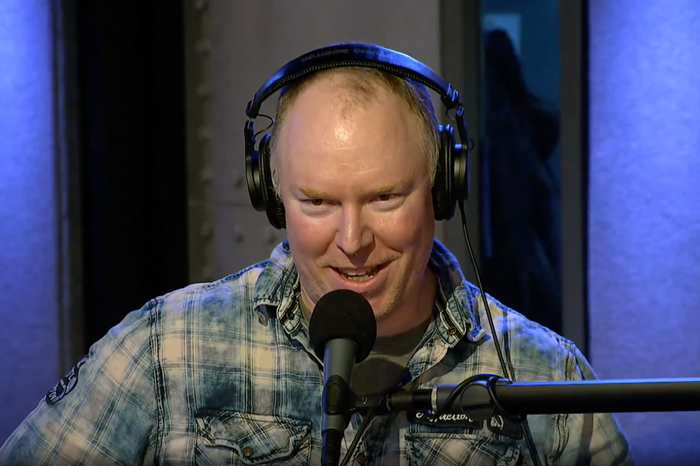 Just one day after Richard Christy’s passionate fandom of the Kansas City Chiefs was put under the microscope, along with his option to watch them in Super Bowl LIV on a TV outside of a bar, Howard had an update Tuesday on the longtime staffer’s plans for the big game in February.

“He told me he’s not going to fly to Kansas and sit outdoors in front of a bar and watch TV. He said it’s too expensive,” Howard reported to co-host Robin Quivers. “But then he’s telling me he’s considering flying back to Kansas City if they win to attend the parade … I mean it’s just odd to me.”

“Even parades are odd,” Robin remarked.

Perhaps even stranger to Howard and Robin was the audio they heard of Richard enjoying the Chiefs defeat the Tennessee Titans Sunday to win the A.F.C. Championship. Required to keep somewhat reserved during last week’s win against the Houston Texans because of his sleeping son, this week Richard was able to go full-throttle at his favorite bar in Queens.

“I would head out of that bar so quick,” Howard said after listening to some profanity-laced cheering from his staffer. “I wouldn’t want to sit there with anyone like this, fucking yelling in my ear.”

“Yeah, I would not want to be in the middle of that,” Robin Quivers agreed. “He’s just too loud, there’s no reason for this.”

Listen to Richard’s intense cheering in the audio (below).