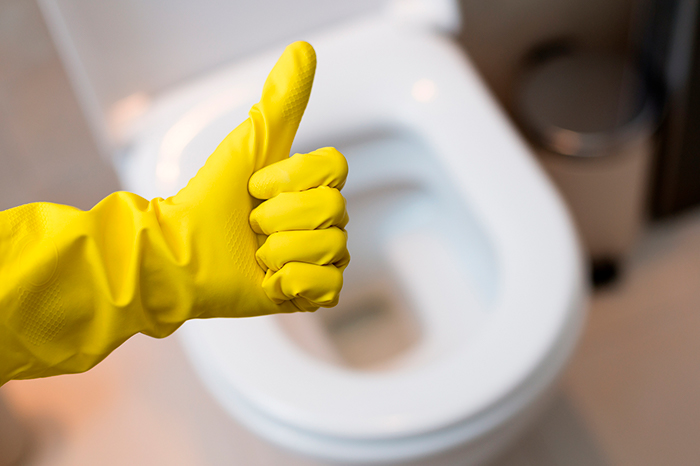 With everybody on the Stern Show currently staying at home, Howard, executive producer Gary Dell’Abate, and Robin Quivers all discussed what their current chore load is like around the house.

“She doesn’t want me cleaning ’cause she doesn’t like the way I clean,” Howard said of his wife Beth who has been busy tidying up their home all by herself. “But the house is way too much for her … She’s really exhausted. I don’t want her to get sick.”

To take some of the workload off Beth’s hands, Howard has started to chip in as much as he can. “We have a little gym area where I do my Peloton and stuff – I clean that,” he explained. “I started to wipe down the Peloton bike … I gave up in the middle of my chores. But I went down and I told Beth that I cleaned our entire gym.”

“Mary was cleaning the other day so I said, ‘Hey Mary, can I help you?'” Gary added of his own conversation with his wife. “And then she assigned me to clean the toilets in the house. I got to do the shittiest job there was.”

As for Robin, who earlier in the week revealed she still has someone coming in to clean the house, she offered a little insight as to why she has to rely on help from others. “I don’t even know how to turn on the washing machine,” she confessed with a laugh. “How would I do laundry, I mean I’m an invalid in that way.”

“You have to learn Robin,” Howard teased his longtime co-host.