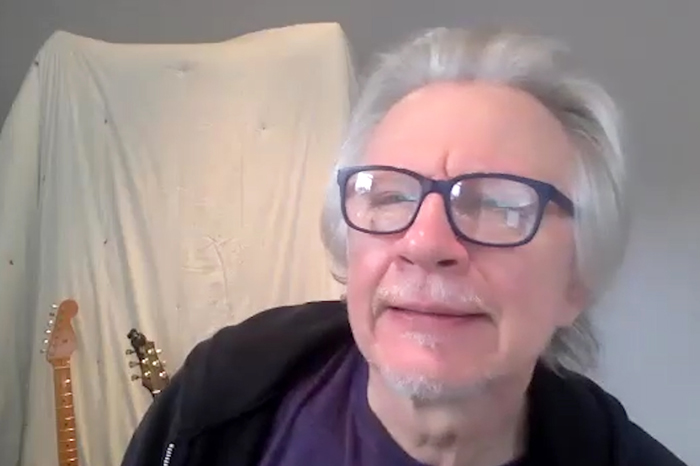 Many celebrities are taking this time spent isolated during the coronavirus pandemic to grow out their facial hair, something Howard considered doing himself. “I want to grow out one of those big Letterman beards, it will be wild,” Howard mentioned on Tuesday.

One thing standing in Howard’s way: Beth Stern. “‘No you’re not, no I still have to look at you,'” Howard recalled his wife telling him. “I saw Seth Rogen’s doing it too, he’s got a big giant beard. He has more hair going downward than going upward. It’s wild.”

Someone who celebrates facial is the Stern Show’s own Fred Norris. “You know what I learned? Fred has a mustache,” Robin realized during Tuesday’s Stern Show while looking at Mr. Norris’s video stream. “Look at that, he has a mustache he’s growing.”

“No I’ve always had that,” Fred corrected his longtime colleague.