“If it gets much worse I might head out west, may take the family to his farm,” Richard admits 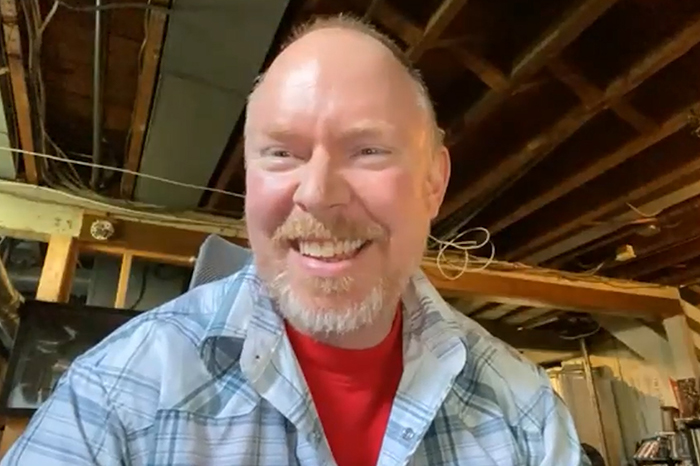 Richard Christy, who recently suffered a hand wound from excessive washing in response to the coronavirus, spent time on Wednesday giving Howard updates on his life as well as how his parents are handling life during the ongoing pandemic. Patching in from his basement on his 46th birthday, the first thing Howard noticed about the Stern Show staffer was some facial hair growth.

“No shavin’, big pubes too,” Richard said proudly. “My face gets itchy but for now I’m gonna leave it.”

Since things have escalated with the coronavirus pandemic and people have been staying largely at home, Richard has spent $1,000 on alcohol to help ease the pain. “We got it just in case the stores shut down,” the staffer said of the measures he was taking.

To keep himself busy, Richard has been watching on repeat the last several minutes of Super Bowl LIV, which he witnessed his beloved Kansas City Chiefs win in the flesh. “It cheers me up, kind of keeps my mind off all this stuff,” Richard admitted. “That was kind of the last big thing that happened before all hell broke loose.”

Perhaps even more ready for the pandemic is Richard’s dad, who has been periodically leaving status reports on voicemails to his son while quarantined at the family farm in Kansas. “I can go out and run around in the yard, go fishing in my pond, and do stuff like that,’ he said in one message.

“We got three deer in the freezer, fish in the freezer, frog legs, and lots of bullets for going out and shooting something if we have to,” he said in another. “If people try to steal our food, we’ve got that. You know what they say, hillbillies will survive so we’ll survive this.”