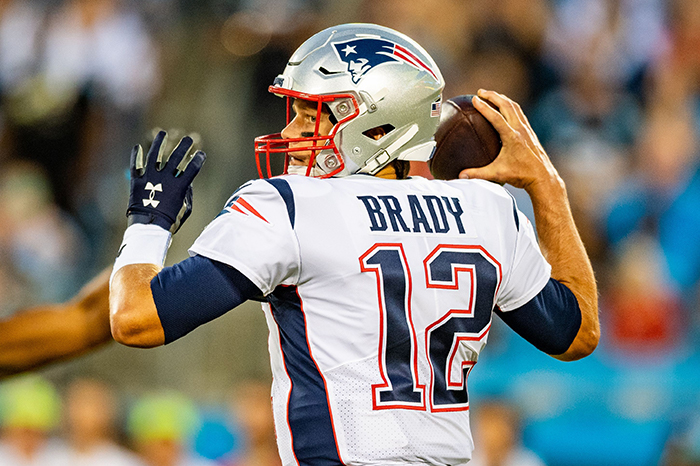 The sports world has been on fire at the news of Tom Brady’s upcoming Stern Show debut and Howard spent some time Tuesday morning talking it up himself. “Everyone is excited to hear Tom Brady on the show tomorrow,” he told co-host Robin Quivers. “I’m looking forward to talking to him.”

Many prominent figures in sports media have been anticipating a big event. “I can’t wait to hear what he says,” sports talk radio host and Yankees announcer Michael Kay said in one clip that Howard played on the Stern Show. “We’ll be talking about it.”

Jon “Stugotz” Weiner of “The Dan Le Batard Show with Stugotz” went even further. “He’s going to go on the biggest radio show in the history of radio with the best interviewer in the history of anything,” Stugotz said. “He’s going on there to be the Tom Brady that you were not allowed to see for two decades.”

While some thought Howard would focus on Brady’s wife, supermodel Gisele Bündchen, he was quick to put that to bed. “It hadn’t really occurred to me to concentrate on Giselle,” Howard insisted. “I just want to talk to the guy. I would literally take you on a ride like if I met Tom Brady at a party … that’s the approach.”

To hear Howard’s interview with Tom, tune in Wednesday, April 8 on Howard 100 and listen for free on the SiriusXM app .

VIDEO: Rosie O’Donnell on Coping During the COVID-19 Quarantine, Visiting Michael Cohen in Prison, and What It Would Take to Revive Her Talk Show