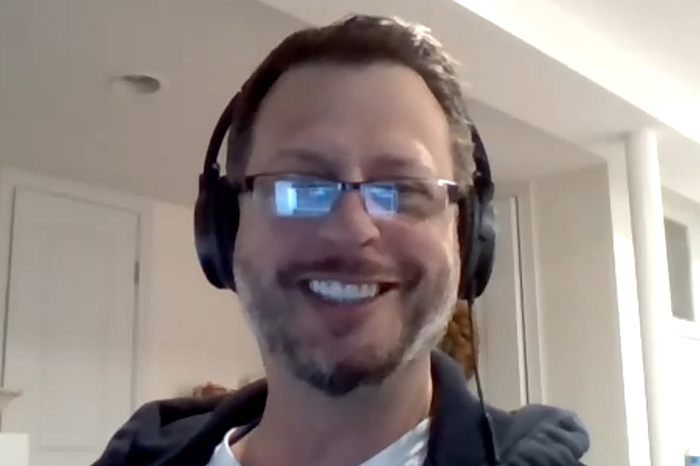 Stern Show staffer Sal Governale, after revealing recently his father was recovering from the coronavirus, gave an update on his dad Monday morning. “He snuck out to play the numbers,” Howard reported of the supposedly quarantined elder Governale before getting Sal on the line. “They found his oxygen tank on the couch. He has to play those numbers.”

“This is his business, he reinvested,” co-host Robin Quivers said with a laugh.

Sal also discussed the large video call his dad had with all his children over Easter, despite not being involved in many of their lives growing up. “He has some sort of magnetic personality, I can’t put my finger on it,” the staffer said of his father’s charms. “He gets on the phone … it’s like the second coming of Christ.”

Meanwhile, in addition to riding bikes with his wife, Sal told Howard things have been going well for the couple. “I find myself more like I’m on a job interview,” he said of how he’s been behaving around his better half. “Everything I say is like, ‘Yeah, sure, uh huh, fantastic, wonderful,’ you use those key words, you respect each other.”

“Remember we played the tape of Sal in a job interview? Remember how good he was?” Howard joked, referring to the mock interview his staffer botched in 2018.

One positive thing to come out of the quarantine for Sal has been the opportunity to save some money. “Tanning creams are very expensive so I’m saving a lot on that,” Sal admitted. “And hair products.”

However, the staffer is still struggling with his vaping habit and is now paying a premium on the product. “I think they’re gouging vape juice, which is crazy,” Sal noted. “Not good.”