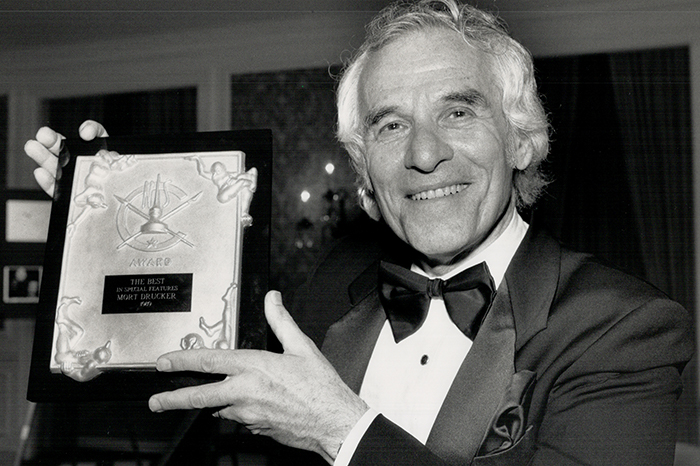 Howard said goodbye Wednesday to Mort Drucker, the iconic MAD Magazine artist who recently died at 91 years old. “Mad Magazine … up until the age of 20, was everything to me and Mort Drucker was this legendary guy who drew so beautifully and lampooned so many great movies,” Howard explained. “The Mort Drucker cartooning was just unbelievable. What a talent.”

Joining the humor magazine in its earlier stages in 1956, Drucker was responsible for parodying many pop culture institutions including “The Godfather” (“The Odd Father”), “The West Wing” (“The Worst Wing”), and “The Empire Strikes Back” (“The Empire Throws Up”).

“Mort Drucker stayed with Mad Magazine for 55 years and I loved him, one of my heroes,” Howard professed. “Self-taught too … a guy can draw that well and he was self-taught.”

Howard went into detail over Drucker’s passion for his craft, dating back to the age of seven. “The story goes, he ran out of paper at home once and he took down the curtains and started drawing on them,” he recalled. “When he was done, he hung them back up so the drawings were facing the street so his parents wouldn’t see. The neighbors started complaining about the naked women on the curtains.”

Working mostly out of his home studio in Long Island, Drucker was married to his high school sweetheart, Barbara, for 71 years. “He survived 71 years of working from home and being married, that’s pretty good,” Howard joked before closing with some heartfelt words. “Good night funny man and thank you. I’m celebrating your life … you were the best.”