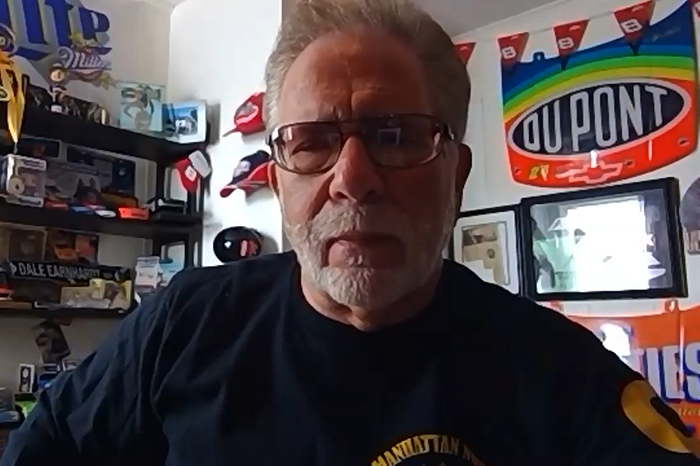 Ronnie “the Limo Driver” Mund and his fiancée Stephanie got caught having an argument during a recent staff virtual happy hour. Howard played audio of the incident on Wednesday’s Stern Show.

“Go make yourself a fucking drink,” Ronnie could be heard yelling off camera as Stephanie was supposedly trying to clean the couple’s deck.

When Howard’s head of security returned, his colleagues tried to warn him against picking a fight with his future wife. “Don’t go there Ronnie,” Stern Show executive producer Gary Dell’Abate advised.

Upon hearing the couple’s communication, Howard and co-host Robin Quivers were floored. “They think they’re on a sitcom,” Robin marveled.

“With a lot less charm,” Robin shot back with a laugh.

Listen to audio of Ronnie’s blow up (below).