“They patched the hole where the rats are getting through, so now they’re dying in the walls,” the Stern Show staffer explains

Memet Walker recently revealed he and his girlfriend Mary’s seemingly idyllic Manhattan apartment reeked of sewage and was overrun with rats. On Tuesday, the Stern Show staffer and his live-in lady updated listeners on the increasingly precarious state of their abode.

“They patched the hole where the rats are getting through, so now they’re dying in the walls,” Memet said.

Howard and co-host Robin Quivers thought rats trapped in the walls sounded awful, and they were quite literally right. “For a while we were hearing them slowly die and screaming in the walls … making guttural death sounds,” Memet explained.

“Yeah, it comes and goes—in the evening times only,” Memet said.

In late April, a Stern Show listener named Dorothy advised Memet to withhold rent until management got the situation under control. On Tuesday, the staffer revealed he was still paying rent even though he’s unable to reliably get in touch with his landlord. “Our landlord is an evil genius because he doesn’t have an email you can write him to, he doesn’t have a phone with a voicemail where you can leave him any messages about what’s broken in the building,” Memet said.

Some might wonder why Memet and Mary don’t just move out, but affordable options in New York City are limited and nice places are hard to come by. “We have two floors which is, like, it is unheard of for someone at my level to, you know, have two floors at a Manhattan apartment,” he said. “Plus, we just moved in together. It had two bathrooms—we didn’t want to share a bathroom, you know. It felt like a dream situation and, yeah, it’s turned into a nightmare.”

“We’d still rather live here than in a tiny studio that we would get for the same price down the street,” he added.

The situation was so bad the couple was invited to appear as aggrieved tenants on the TV show “The People’s Court.” Memet ultimately declined as he feared it might make matters worse.

Memet and Mary’s apartment woes didn’t end there, either. According to them, they’re also fighting with each other on a daily basis. 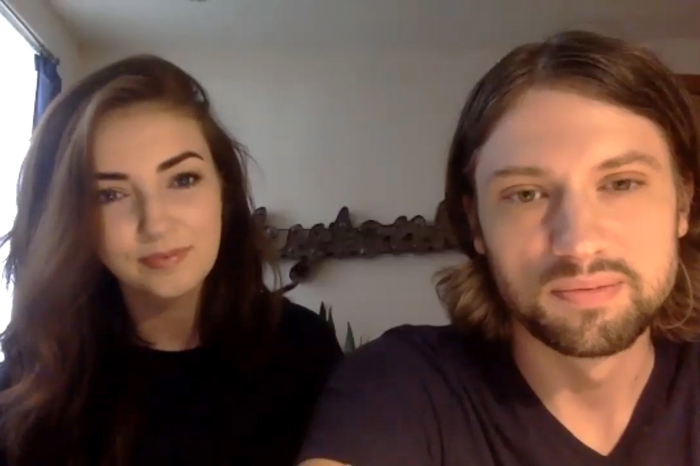 Howard invited Mary onto the show to share her side of the story and she recalled a recent argument where Memet told her to calm down. “He told me to take a chill pill,” she said, explaining he then complimented her in the hopes of making the fight go away. “I got mad at him. We talked about it a little bit and then at the end he just says, ‘You look good.’ It was just like, ‘I really don’t look good. Please don’t try to put icing on top of this fight.’”

Mary further explained dying rats and stinky sewage aren’t the only things disturbing her slumber, either. She must also contend with Memet’s nighttime farting and snoring. “There’s all kinds of noise, all hours of the night,” she said. “I’m not sleeping very well. We wake up in the morning, there’s a lot to do, it gets very stressful. We live in a small apartment and we can’t go outside. There’s chaos all the time.”

Mary said she does about “85 percent” of their household chores, but Memet begged to differ. “This is the first time I’m hearing it. I take out the trash. I make the bed. I do the dishes,” he said. “I think she’s just trying to be funny right now.”

The two then bickered on air over everything from dirty laundry and shopping for cat food to killing cockroaches and Memet’s inconsistent hygiene. Howard didn’t think it was a good sign. “If women start complaining that you smell bad, it’s almost over,” he said.

Memet said he’s made an effort to shower more but generally didn’t think their arguments were a big deal. “Show me a couple that is not fighting right now and I will show you a couple that is lying to you,” he told Howard at one point, adding, “I’m glad we moved in together. I wish it wasn’t under the stress of this pandemic.”

“You know what this will prove, Memet?” Robin said. “If you can get through this, you probably could get through a life together.”

“Yeah, I think so. I definitely think so,” he concluded.