“I’m on my knees with a microphone next to this guy’s d-ck … it was so bizarre,” he recalls of the experience 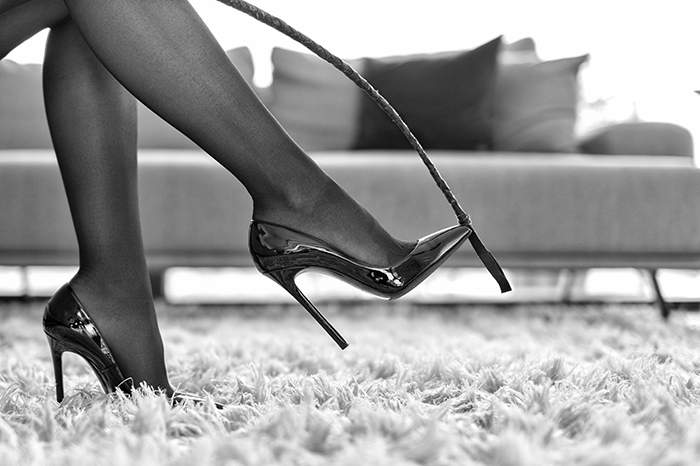 Stern Show correspondent Wolfie has made a name for himself covering events like Fist Fest in 2019 or Bears, Bikers, & Mayhem in 2016. But his recent trip to something called Ball Bash might be his most extreme assignment yet. In the dungeon-themed basement of a mistress’s otherwise seemingly traditional home, approximately 10 men “with no pants on” gathered to have their genitals tormented in the name of “cock and ball torture,” a fetish also known as “CBT.”

Before any bashing began, the group had an assortment of things to snack on. “There was a whole buffet spread of all these penis-themed shaped foods,’” Wolfie recalled to Howard of the party’s potluck offering. “I just said, ‘Nah, I’m good – I ate before I got here.’”

After a 30-minute seminar, the mistress kicked things off by shocking an attendee’s scrotum. “It produces a little conductive charge,” the mistress explained to Wolfie of the device she would be using on her subject. “That’s full blast or you can do like a long sweep all the way across those balls.”

“I’m on my knees with a microphone next to this guy’s dick and … she looks like a welder,” Wolfie remembered after the audio (below) finished playing. “There’s this electric arc jumping off this device like burning the pubic hair off his balls. It was so bizarre.”

“Have you ever spiked a ping pong ball with a paddle?” Wolfie said in an attempt to paint a visual of the moment. “That level of intensity, I mean it hurt watching it.”

Before long, the “vigorous impact” of one particular session led to an injury. “It’s a lot pinker than it was a few minutes ago and halfway down he has just this little raised black and blue mark,” the mistress explained in the clip (below) of the participant’s member. “It’s a broken blood vessel.”

“It’s fun and games until someone bruises their dick,” Howard noted of the trauma.