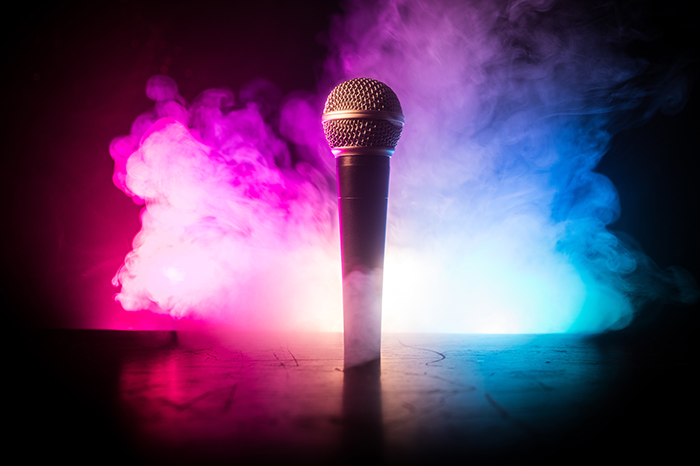 Robin Quivers, long known for her passion for singing, has put a lid on showcasing her vocal talents since the coronavirus has kept everyone at home … until now.

“I’m in the middle of a meeting this morning on Zoom and Robin comes on singing – she never realizes she has her mic up,” Howard said of his longtime co-host on Wednesday morning. “It was very pleasant … you actually sing better when you don’t think anyone’s listening.”

Stern Show executive producer Gary Dell’Abate wasn’t sure what he heard, but he liked it. “I didn’t recognize the song but you sounded good and you were very happy – it was a happy song,” he noted with encouragement.

The song Robin was singing was P.O.D.’s 2001 hit “Youth of the Nation,” a song whose lyrics were partly inspired by school shootings. Despite her colleagues’ reassurances, Ms. Quivers had an honest critique of her own. “Working in the pandemic is very irritating,” she said with a big laugh.

Of course, Robin was famously caught crooning to herself back in 2011 when she belted out “Cocaine” without realizing her microphone was on. Relieve the classic Stern Show moment in the video (below).