“I don’t care that they could hear me outside the soundproof booth,” Stern Show cohost says of her latest recordings 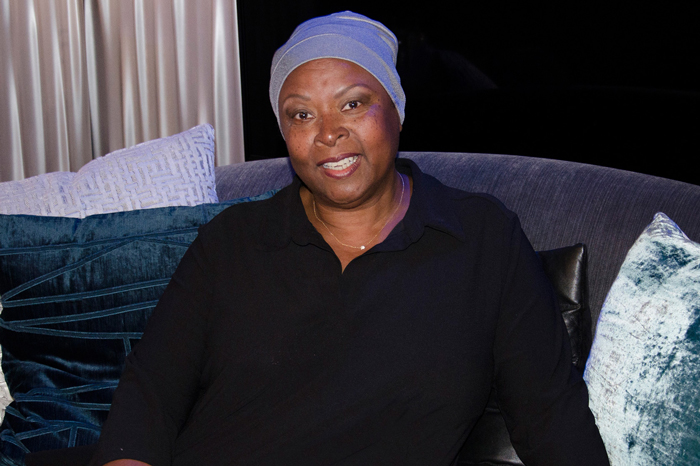 Not only did fans get to enjoy a special live Thursday Stern Show, they also got to hear the release of Robin Quivers’ latest singing performances. She’s calling her new collection of music “The Divas Project” — eight never-before-heard tracks of Robin covering an assortment of songs previously performed by other world-renowned female recording artists.

Howard got a sneak preview of his cohost’s new offering and told his listeners just how incredible these performances are.

Check out each and every one of Robin’s “Divas Project” tracks for yourself (below). 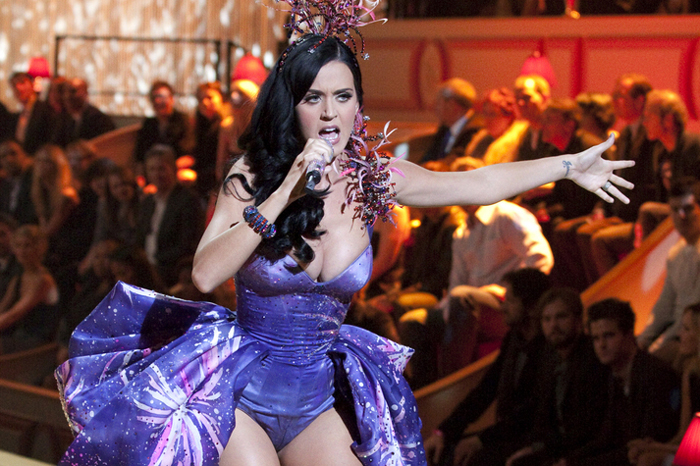 The first song on any album is important and Robin told Howard she wanted to choose something explosive. She succeeded in doing just that with Stern Show guest Katy Perry’s No. 1 hit single “Firework.”

“The hair on my arms are standing up,” Howard said after hearing Robin’s rendition.

Kelly Clarkson’s ‘Because of You’ 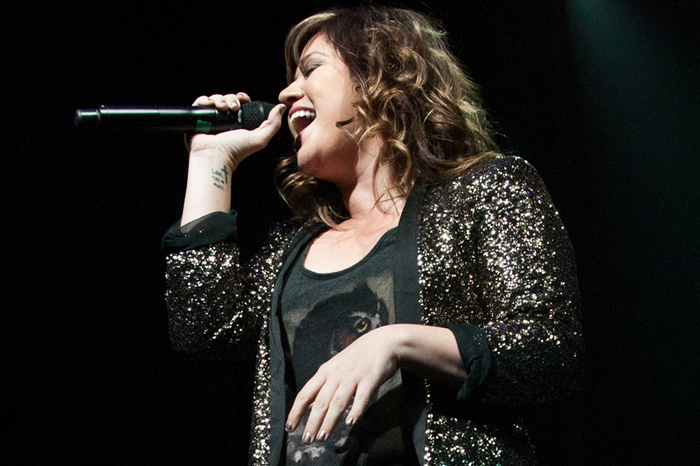 For her next track, Robin didn’t shy away from a challenge. She selected “Because of You” by Kelly Clarkson, a song the pop diva performed in studio herself during her Stern Show visit earlier this month.

“I love her voice. I think she’s one of the greatest singers around today,” Robin told Howard.

Hear Robin sing “Because of You” (below). 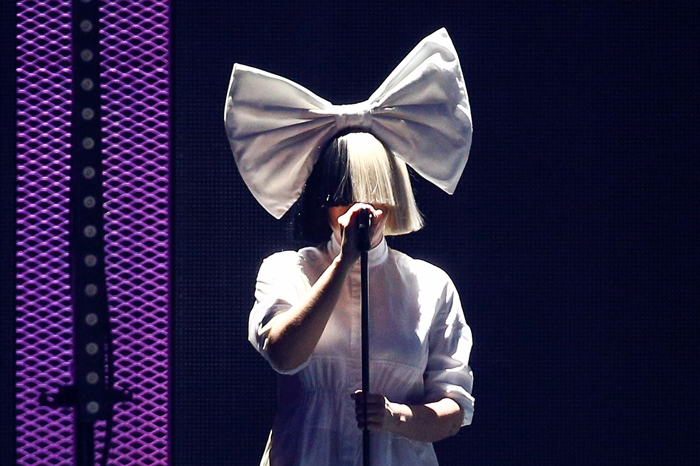 Robin wanted to do not one but two covers by singer-songwriter Sia — her Top 10 hit “Chandelier” and her song “Diamonds,” originally recorded by Rihanna.

“Chandelier is, really, I think the show stopper of the album,” Robin’s producer Derek, who joined them in the studio to listen, told Howard.

“This, you have to say, was my inspiration. I came up with this all by myself,” Robin added, explaining it was her idea to include “Chandelier” on the new album.

Everyone in the studio was stunned after hearing Robin belt out her first Sia tune.

“I took a very deep breath and closed my eyes,” Robin explained of how she hit that extra high note.

“I love how you just open up,” Howard commended her.

Next up was “Diamonds.” Robin said she didn’t want to stray from the original recording too much, even sticking with a slight Barbados accent that can be heard on Rihanna’s track. 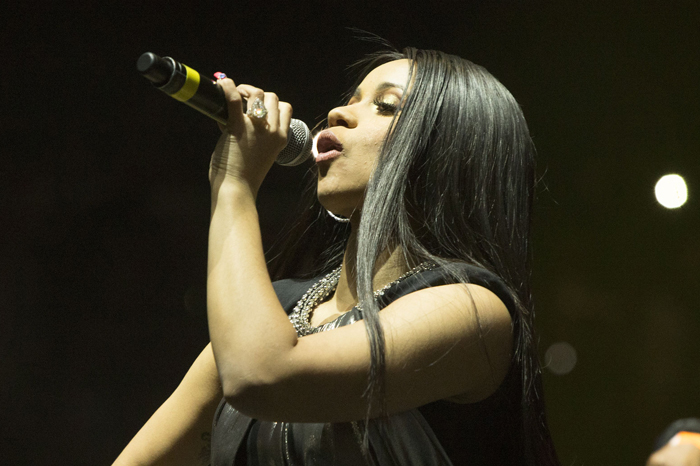 Rap is very much music, according to Robin Quivers. That’s why she wanted to showcase her next song, “Bodak Yellow.” At one point in the song, Robin changes her octave, hitting an exceptionally high note that Howard didn’t expect to hear. 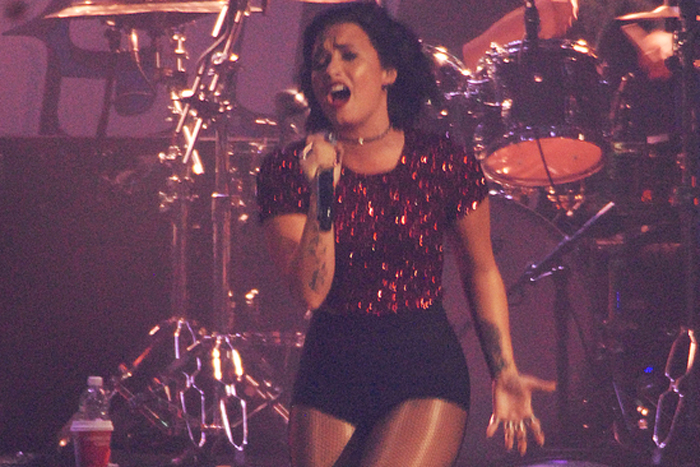 Things got emotional for Robin during her next performance — Demi Lovato’s ballad “Skyscraper.” The song’s lyrics seem to be about “soaring above the noise” in order to avoid negativity, according to Robin.

“This moves me,” Howard told her after hearing the performance. “I’m feeling your pain here.”

“I invested emotion in this,” Robin said. She also explained it was her producer Derek who recommended she add more breath to her performance.

“That’s the breath of a true singer,” Howard told her.

Taylor Swift’s ‘Look What You Made Me Do’ 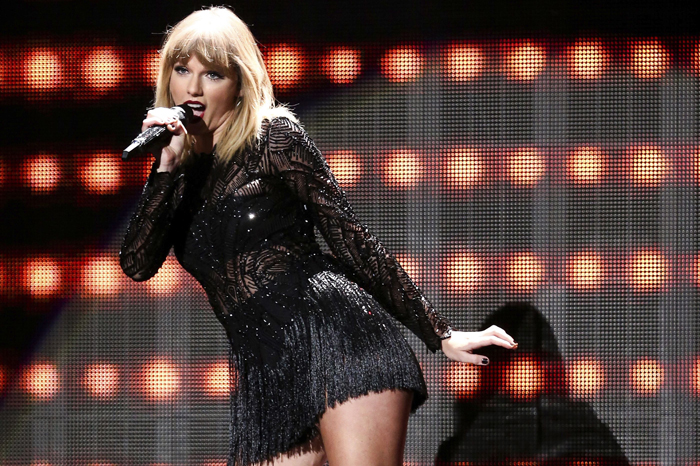 As perhaps the biggest recording artist in the music industry, Robin knew she had to include a song by Taylor Swift on her new album.

“You couldn’t ignore it,” Robin said of Swift’s popularity.

However, the song selection led Robin to have a diva moment of her own after she disagreed with Derek over what Taylor track she should sing.

“I argued — we had words,” Robin said with a laugh.

Eventually, they came to the conclusion they should do something current, choosing the lead single off of Taylor’s new album “Reputation.”

Hear Robin sing “Look What You Made Me Do” (below). 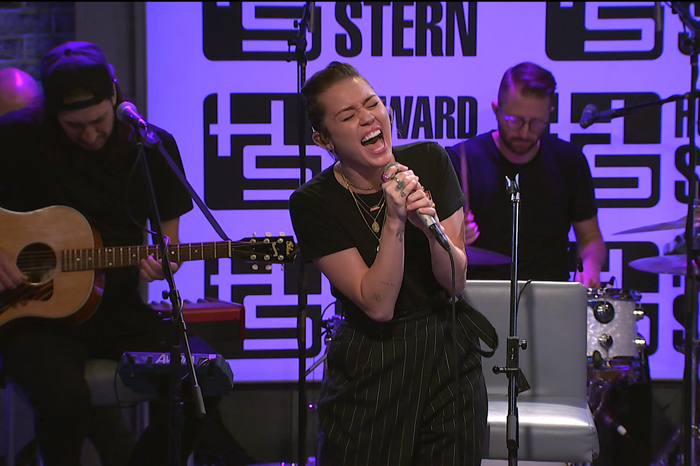 The final performance on Robin’s album is a fitting song by October Stern Show guest Miley Cyrus. “Robin’s singing career has always been about the climb,” Howard said while introducing her last recording.

“Music is something very dear to me,” Robin said with sincerity while explaining what Miley’s song “The Climb” means to her. “You don’t get here by accident, you don’t just fall into this, there’s a path you have to take and sometimes it’s painful.”

Hear Robin sing “The Climb” (below).

Before she left the studio, Howard thanked Robin for being his honored guest and for sharing her new music with him.

“I look forward to more music, I hope,” Howard told his beloved cohost.