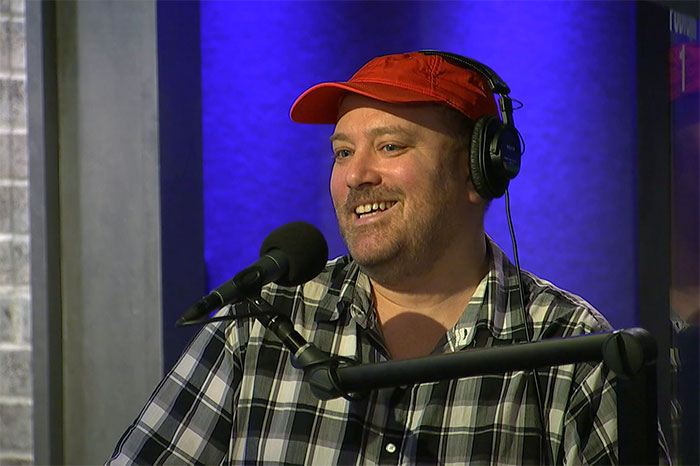 “Hey, did you lose weight? You actually look good, Benjy,” Howard said. “How much did you lose?”

“Um, actually, I’m a—I’m actually a couple pounds more than when I started the surgery. I, at the beginning, one week after corona,” Benjy stammered before Howard finally cut him off.

“I ask the guy a fucking question, it was a 20 minute answer,” Howard lamented. “It’s a fucking algebra equation now,.”

Howard got to the bottom of Benjy’s situation eventually and learned he was actually three pounds heavier than when the two last saw each other back in March. Howard also had him confirm a rumor he’d started working out under the supervision of a brand-new physical trainer: his colleague JD Harmeyer.

“He is mentoring me for, like, certain life things,” Benjy admitted.

JD chimed in to explain Benjy had texted him “out of the blue” about fitness and push-ups. “I don’t know where this came from,” he said. “I want to help him out as best I can, but, yeah, I don’t know what this is all about.”

JD said he wants to help Benjy, regardless of whether it’s all part of some schtick, and he’s taken to sending his co-worker motivational texts and stretching tips. He also sometimes watches Benjy do push-ups on Zoom and rates his performance. “He has pretty good form,” JD said, though he admitted Benjy’s dog Chicken sometimes gets in the way. 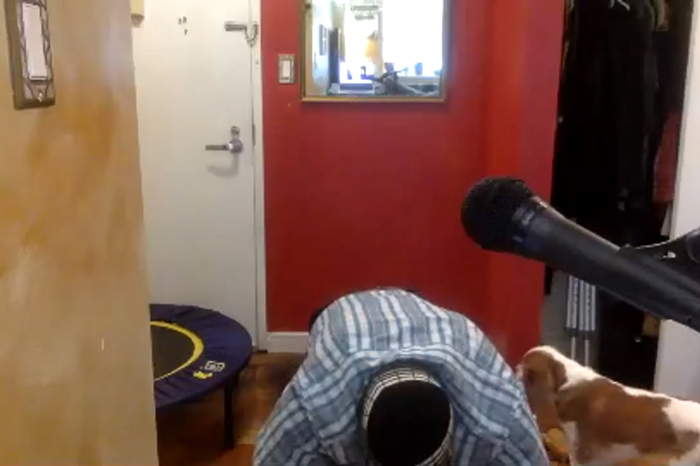 Howard put their skills to the test Monday morning, inviting a barefoot Benjy to do some push-ups on the air while JD evaluated him. Benjy complied, much to everyone’s delight, as his dog watched on. JD gave the performance a pretty good grade, too. “Actually, you know what? His back is pretty flat. So, that’s good,” he said, rating the push-ups an eight or a nine.

Next, the conversation turned to Benjy’s new-and-improved diet. He told Howard he’s no longer vegan, but he’s eating three 600-calorie meals a day, he’s cut out snacking, and he’s stopped binge eating entirely. “This is day 24 of no binging,” he announced, crediting JD with some of his success.

“I told him, when you go to the grocery store only get stuff for meals and not to snack around on so much,” JD said.

“How many meetings do you go to a week?” Robin asked.

“There are days where I go to like four or five meetings in a day, but probably not every day,” Benjy said.