“You are going to rot in hell, I put the malochia on you until the day you die,” Howard's superfan tells the actor in heated phone exchange 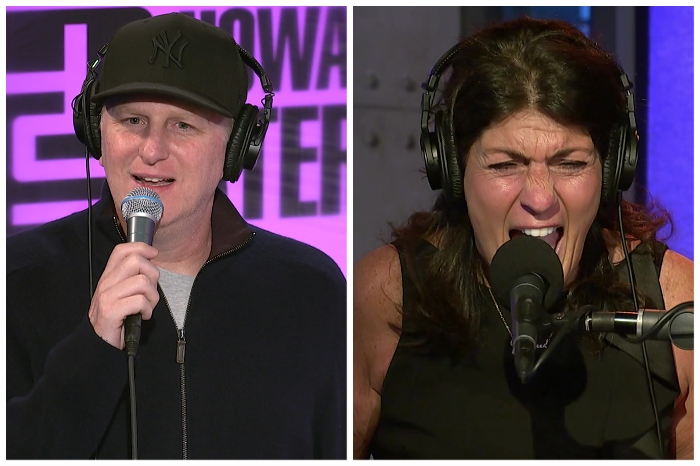 Actor Michael Rapaport is no stranger to Stern Show beefs, having gotten into scrapes with everyone from executive producer Gary Dell’Abate to Sal Governale, but his ongoing tension with Mariann from Brooklyn was front and center Tuesday morning.

“No talented wannabe … a hanger-on to the Stern Show ’cause he has no life and has nothing going on,” Mariann screamed in a recent voicemail rant about Rapaport. She appears to still be upset about the actor falsely accusing her of having the coronavirus back on March. “You are going to rot in hell, I put the malochia on you until the day you die,” she yelled later on the recording.

“It’s like a curse,” Gary explained of what the word “malochia” means. Though Gary recently found out he’s barely Italian, he’s correct – it is an Italian curse inflicted through evil gazing.

After hearing about Mariann’s continued rage, Michael enlisted the help of Sal to broker a reconciliation. Worried she might not accept the call knowing who was on the other line, Sal only told Mariann that he had a surprise celebrity who wanted to speak with her. “You motherfucker, I knew it Sal,” Mariann screamed into the phone upon learning it was just her famous rival.

“Shut up and let me talk,” Rapaport responded as he attempted to make peace. “I do apologize about saying you got the corona, that wasn’t right and that was before anything got real serious.”

When Michael accused Mariann of being a bully after she wasn’t quick to accept his apology, things took a turn for the worse. “Michael Rapaport, if you say I bully you’ll fucking regret it, motherfucker,” she screamed. “If you’ve got something to say about me like I have a screeching voice and I’m a nag on the radio and I can’t stop, I’ll take it motherfucker – but don’t put lies out about me!”

Listen to the full exchange (below).