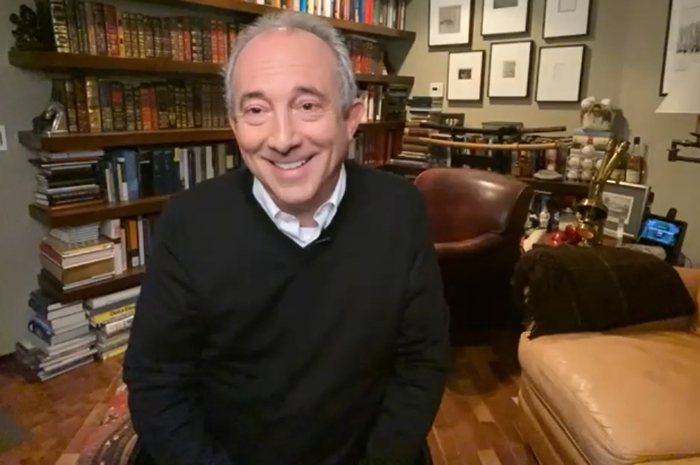 Renowned medical expert Dr. David Agus returned to the Stern Show on Tuesday to deliver another dose of coronavirus-related updates to Howard and his listeners. The physician, author, and University of Southern California professor shared brand-new health tips, dispelled pandemic-related rumors, shared his predictions for the months ahead, and served up several suggestions for Americans desperate to resume lower-risk social activities. He also told Howard the country could beat back this deadly pandemic like so much of the rest of the world already has if everyone could just get on the same page regarding social distancing and wearing masks.

“To get normalized behavior change you need leadership. We need people to step up now, whether it be celebrities, whether it be politicians,” Dr. Agus told Howard. “Step up and normalize this behavior and we’re going to have a dramatic change.”

Putting on the Mask 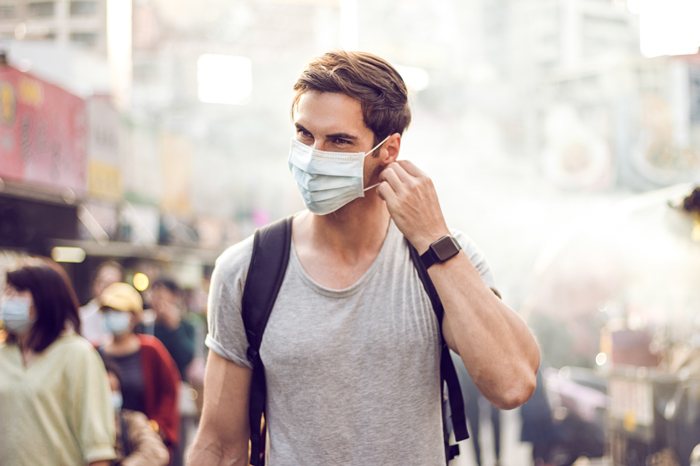 There are several common sense precautions people should take to protect themselves and their loved ones from coronavirus, but Dr. Agus argued wearing masks is most important of them all.

“The data are the following: if we all wore a mask, the virus would go away,” he told Howard and his listeners.

The solution is simple, but convincing people to adopt it has been hard. While Dr. Agus lamented the politicizing of science, he hoped people would soon come to their senses. “We’re all going to be wearing masks in two months and we’re going to say, ‘I wish we did it earlier because we could’ve saved a lot of lives,’” he told Howard.

In recent months, Howard has repeatedly begged listeners, neighbors, and everyone in between to wear masks when they go outside. It hasn’t always worked. Dr. Agus told him he could better make his case by learning more about the science behind it.

“It takes about 1,000 particles of virus for me to spread it to you. Every time I speak or breath, I breath out 30 or 40 particles if I’m positive. Most of those particles hit the ground from gravity. If I wear a mask, I can block probably 90 percent of those particles. So, if you do the math, I need to speak to you at a close distance for like 10 hours if I’m wearing a mask—that’s not going to happen,” Dr. Agus said.

“You wear that mask or you social distance or—better—both, you won’t spread the virus. Period,” he continued.

Of course, humans sometimes forego doing the right thing when doing the right thing is inconvenient. But Dr. Agus was optimistic. He pointed back to previous generations risking their lives to protect the world from Nazis as proof people are, by and large, willing to help others. “We have to do the same here. We’re at war, and we’re at war on our own soil with this virus,” Dr. Agus said. “We have to step up together and we will win.” 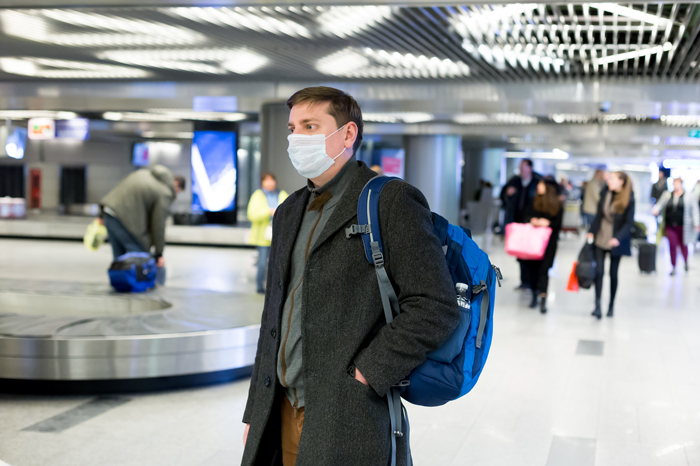 Few are thrilled by the prospect of hiding out at home for months on end while scientists race toward a vaccine and cure. Thankfully, Dr. Agus believes most people can once again start socializing—so long as they do so responsibly.

“I do think there’s a middle ground and the middle ground is we have to live our life,” he told Howard. “If you look outdoors, there’s almost no spread of the virus. You have remarkable ventilation outdoors and, if it’s during the day, the UV light can degrade the virus.”

“The notion of getting a few couples together outdoors sitting at tables socially distanced where the waitstaff wears a mask, I think is very safe,” he continued.

The doctor’s theory is being put to the test now as the weather warms up and people flock to restaurants with outdoor seating, but considering patrons use plates, glasses, and utensils that the employees likely handled, Howard wondered if dining out could ever truly be safe.

“Early on, we didn’t really know the behavior from the virus,” Dr. Agus replied. “Now, we know that spread from surfaces is not common at all. If you have somebody who is very positive who coughs on something and then you touch it, the chance of getting it is very, very low.”

Dr. Agus said there are ways for people to now reclaim a somewhat normal social life, so long as they take proper precautions, but Howard was still apprehensive. “Would you go to a party?” he asked.

“It depends who the people are,” Dr. Agus responded, explaining he and his wife recently dined outside alongside another couple on their deck and still felt comfortable. “You want to be around people who you trust their risk tolerance and it fits your profile,” he told Howard.

“Would you take an Uber right now?” Howard asked. “Would you risk that?”

“I would not,” Dr. Agus responded. “I don’t think the ventilation in cars is good enough as [opposed] to being outdoors … The virus is very hard to spread outdoors. Being in a car, which is a confined area, is not the same.

Even a haircut can be approached responsibly so long as it’s done outdoors and both parties wear masks.

“Going indoors to a barbershop I would not do right now. But outdoors I think it’s safe, especially obviously if they wear a mask and you’re outdoors during the daylight,” he said, adding, “It’s hard to give yes or no answers. It’s ‘What are the exact conditions?’” 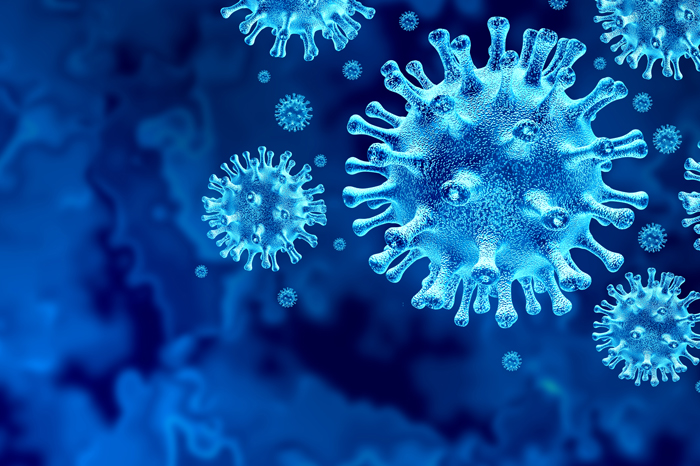 Co-host Robin Quivers had a few questions of her own for Dr. Agus. “What about the things people are saying about the mask—that it’s uncomfortable, it’s bad for you, you’re not getting enough oxygen, your immune system isn’t doing what it’s supposed to do if you wear a mask?” she asked.

“Well, none of those are accurate … You’re getting plenty of oxygen in a mask. You may be hot or uncomfortable, then you have to get a different mask,” he responded. “People will say all kinds of things but it doesn’t mean they’re right or there’s data behind them.”

Let ‘Em Sleep on It 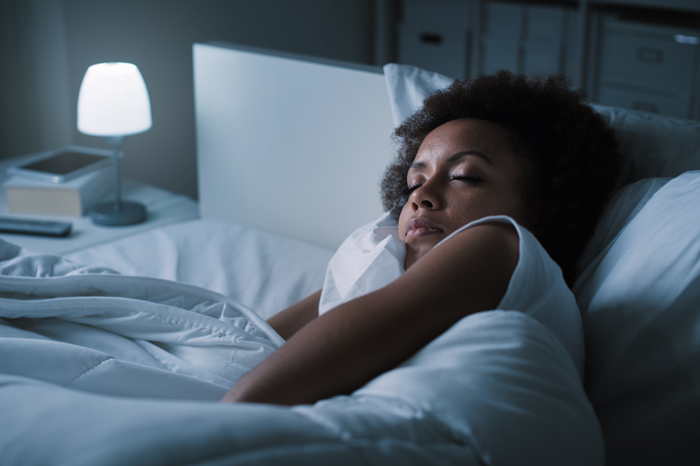 Social distancing and masks may be the most effective weapons to combat the spread of the coronavirus, but they aren’t the only ones in Dr. Agus’s arsenal. Howard recently reread Dr. Agus’s 2016 book “The Lucky Years: How to Thrive” and said several health tips contained within seemed relevant now more than ever.

“One of the best things you can do during a pandemic is get seven hours of sleep and have sex. Am I correct, Dr. Agus?” he asked.

“It really is critical,” he continued. “In Italy, the doctors were staying up all night because they were crazed because the E.R.s were full. You saw [with] doctors, literally, the death rate was much higher than anywhere else because they weren’t able to go home and sleep.”

Howard wanted an update on whether people who’d recovered from coronavirus could get re-infected, but unfortunately not all of his questions had easy answers.

“Right now, the answer is we still don’t know,” Dr. Agus told him, explaining immunity only lasts three or four months with something like the common cold. “It’s only been three or four months for most people in the country having the virus at all, so we don’t have the data yet. My gut is, yes, you are going to be able to be re-infected with the virus. The question is when.”

“This is all new and it’s very hard because the rules are changing as we see it,” he continued, explaining the jury is also still out when it comes to whether a coronavirus vaccine might require regular boosters to stay effective.

Looking to the Future 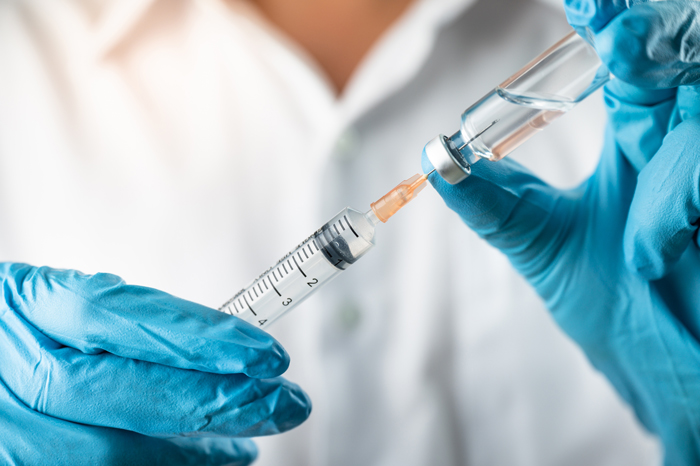 Predictions are always difficult with so many variables in play, but Dr. Agus did shed some light on what the next six months might look like. “I think really in the early fall, September or October, we will have the beginnings of a vaccination program in this country,” he said. “We’re going to start by vaccinating people who are elderly and have medical conditions, and then healthcare workers, and then the whole country. So, we will have it.”

“Toward the end of the summer, we’re going to see several new drugs that work, that are game changers. Right now we have drugs—dexamethasone and remdesivir—that have benefit, but it’s not a dramatic benefit. The drugs with the dramatic benefit are coming and, again, that will make us much more comfortable,” he continued.

He also thinks coronavirus tests will soon become more readily available, more accurate, and provide quicker results. “There are newer tests that will be much more scalable and easier to run that are going to come out over the next month or two,” he said. “Science will win in this battle.”

Ultimately, the acclaimed medical expert believes the steps our nation takes now will not only help us survive coronavirus but also prepare us for similar threats down the line. “This is an alarm call that will help us all in the future,” Dr. Agus said. “Just like 9/11 changed security at airports, COVID-19 will change how we approach infectious diseases going forward—and I think we’ll be much safer because of it.”