“It is very stretchy,” Richard Christy observes after putting in his estimation 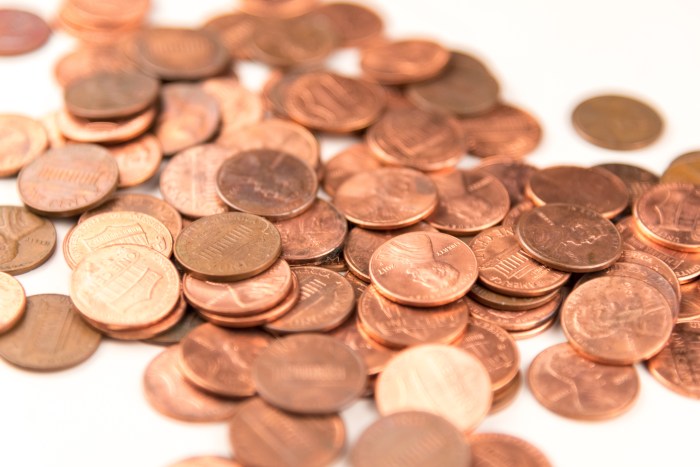 After recently demonstrating the endless advantages of being uncircumcised with a new foreskin-related trick, Stern Show Staffer Sal Governale Wednesday put his money where his pouch is – literally.

With Howard, longtime co-host Robin Quivers, and others playing along, the staffer had them guess how many pennies he was holding in his foreskin. “This thing has been dead for years, it doesn’t feel a thing,” Sal joked when asked about the stunt possibly causing permanent damage to his penis.

“I’m going to say 20,” Robin guessed with 50 being the highest possible amount. “’Cause there’s no penis left in there.”

Executive producer Gary Dell’Abate visualized a roll of pennies before giving his answer. “That lump looks like about a quarter,” he noted. “I’m going to go with 26 cents.”

After guessing no more than 15 pennies Fred Norris – who is also uncut – denied ever attempting anything like this. “I’ve never thought about sticking anything in there … use it for sexual reasons, that’s about it,” he noted.

Both Chris Wilding and Benjy Bronk guessed the pouch was at capacity, the latter using his very personal experience. “I’ve had my hand around it and I know Sal wants to impress, I say all 50,” Benjy estimated. “Probably other stuff will come out after the pennies too.”

In addition to Howard’s guess of 10 pennies, Richard Christy – who has possibly had more run-ins with Sal’s penis than anyone else – had to argue for his eligibility. “We’ve all put somethin’ in Sal’s cock at one time or another,” he reasoned before settling on 32 pennies. “It is very stretchy.”

Pennies flowed from Sal’s pouch like a change dispensary before it was revealed he had a grand total of 21 cents, making Robin the clear winner.

“Robin you win and those pennies will be sent to your home,” Howard joked.

“Oh God help me,” Robin said with a mixture of laughter and disgust. “No thank you.”

VIDEO: Colin Jost on Struggling Behind-the-Scenes at ‘SNL’ and How Quarantine Brought Him and Scarlett Johansson Closer Than a Wedding Ever Could