AUDIO: ‘Robin From the Future’ Paints a Grim Picture for the Rest of 2020

AUDIO: ‘Robin From the Future’ Paints a Grim Picture for the Rest of 2020

“I ran out of toilet paper about four months ago so I guess you could say I’m on edge,” she tells Howard and present-day Robin 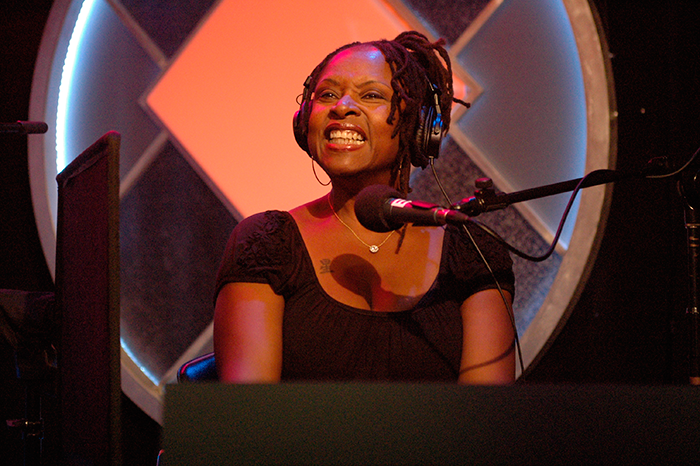 These uncertain times have raised lots of questions for the world and specifically Howard and members of the Stern Show staff, but fortunately co-host Robin Quivers called in from the future on Tuesday morning with some answers.

“Guess what, we’ve all been in lockdown for a year and we still can’t leave our freakin’ homes,” a rather confrontational “Robin From the Future” told Howard before reporting there was still no COVID-19 cure in 2021. “But they did come up with five new boner pills – thanks a lot, nerds.”

Having been cooped up so long has also apparently dwindled down some of future Robin’s more essential supplies. “I ran out of toilet paper about four months ago so I guess you could say I’m on edge,” she revealed. “Now we all pull shit out of our asses like Ronnie, I guess he was some kind of poop-pulling pioneer.”

“I can’t even imagine getting this depressed,” present-day Robin said with a big laugh. “What is happening? It must be terrible in the future.”

Though current Robin didn’t seem on board with much of future Robin’s observations, the two seemed to be in full agreement on the topic of parody songs. “I always hated those dumbass Robin songs,” “Robin From the Future” claimed. “The next person that rhymes boobs with splooge is getting a black foot right up their ass.”

“Well she’s being honest now,” Robin said as she cracked up in unison with her future self. “I am beginning to like her.”

Listen to all of “Future Robin’s” musings in the full call (below).