“Clearly what came out wasn’t a fart,” Jon tells Howard of his incident 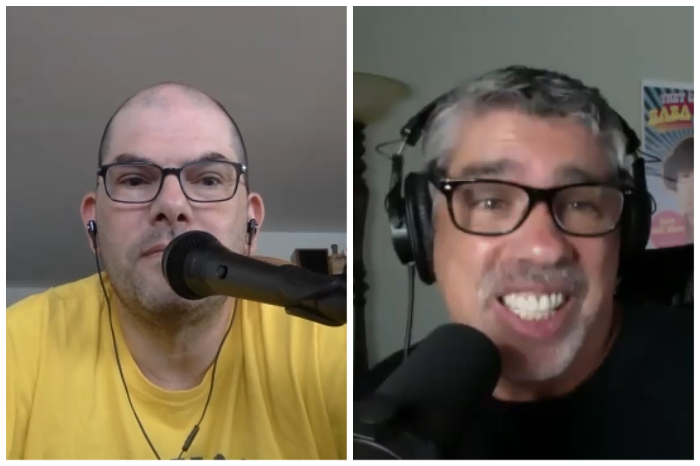 Having already admitted to it on a recent Wrap Up Show, Stern Show staffer Jon Hein recalled to Howard Wednesday the time he crapped his pants while commuting home. “I was sitting on the L.I.E. … in traffic, and I thought I had to fart,” the Wrap Up Show co-host confessed. “Clearly what came out wasn’t a fart.”

After being further delayed thanks to a car accident on that same highway, it took some time before Jon could assess the damage. “I step out of my car, I look down, and you know when like a baby just explodes in a diaper – that’s what it looked like,” he remembered. “I took off my boxers, I took off my jeans, I threw them immediately in the trash can outside, and I opened the door to my garage to go down to my basement. My wife’s there and she’s just like, ‘Tough day, huh?’”

The staffer went on to describe how the uncertainty makes things even worse. “The worst feeling is you know something might be there but you’re hoping that it’s, you know, air and you’re clear,” he explained.

The revelation led to executive producer Gary Dell’Abate divulging his recent stomach woes, all possibly connected to the coronavirus. “I’ve sharted three times during COVID,” he confessed before recounting a Hail Mary experience back in April. “It was like 10 minutes before the Tom Brady interview … I’m like in the downstairs bathroom trying to clean myself ’cause I can’t go upstairs.”

In another incident, Gary’s wife Mary Dell’Abate stumbled across the evidence. “I took my underwear and my pants and I scrubbed them and everything …  I hung them up and then Mary comes in and she’s just like, ‘Oh come on, really?’” he remembered. “She knows what’s going on.”

Robin Quivers and Ronnie Mund – who recently had bowel troubles of his own – might have been onto something when they wondered if the issues could be connected to the medication Gary is taking for his upcoming knee surgery. “One of the medications I take is like a vitamin … it’s a big pill and I’ve noticed the last couple of times it’s not digesting if you get my drift,” Gary recalled. “The whole pill just comes right out.”

Like his Wrap-Up Show co-host, for Gary the ambiguity of each situation adds a layer of distress. “I was sure, sure it was going to be air,” he told Howard of an event that occurred on his couch. “And then you go the bathroom and like Jon hit it right on the head – you hope.”