“One of those people that would walk into the room and right away you were having fun,” he says of the astrologer and mother to Sylvester and Frank Stallone 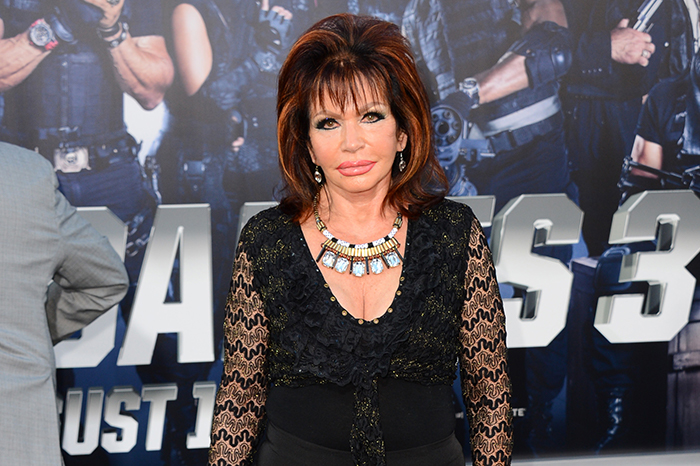 Jackie Stallone, the astrologer and mother of actors Sylvester and Frank Stallone, has died at 98. A past Stern Show guest known for her larger-than-life personality, Jackie was remembered fondly by Howard on Tuesday morning. “[She] was so opinionated … she was a wild character,” he said of her.

“We loved when she was coming on,” Robin Quivers added.

A former Rockette who also had stints on “GLOW: Gorgeous Ladies of Wrestling” and as one of the Silver Foxes in fitness guru Richard Simmons’ exercise videos, Howard also acknowledged the shift in her career as an astrologer. “She was very into astrology and she studied it for 15 years,” he recalled. “She came up with the term Rumpology and she would touch your ass and do a palm reading of your ass … she had some kind of vibe she’d get from your asshole.”

As a guest, Howard remembered Jackie as being an unstoppable force. “She was one of the greats of our show … one of those people that would walk into the room and right away you were having fun,” he observed before playing some rather memorable appearances. “She’d be talking before she hit the microphone. [She] had the foulest mouth … we were on terrestrial radio that is regulated by the government, I would lecture her every time.”

Howard went on to point out the close bond she shared with both her sons. “I know the boys loved her dearly,” he observed. “Sylvester, when he made money, treated that woman like a queen … and I know Frank felt the same way. They loved that mother and they were fiercely protective.”

After Robin pointed out that Jackie’s presence alone was enough to make you smile, Howard parted with more fond words. “It was hard not to like her … she was very eccentric and [a] flamboyant person and that is an understatement,” he said. “From my end I loved her, man. One of the all-time great guests on this show … she’s our R.B.G. … she was fantastic.”