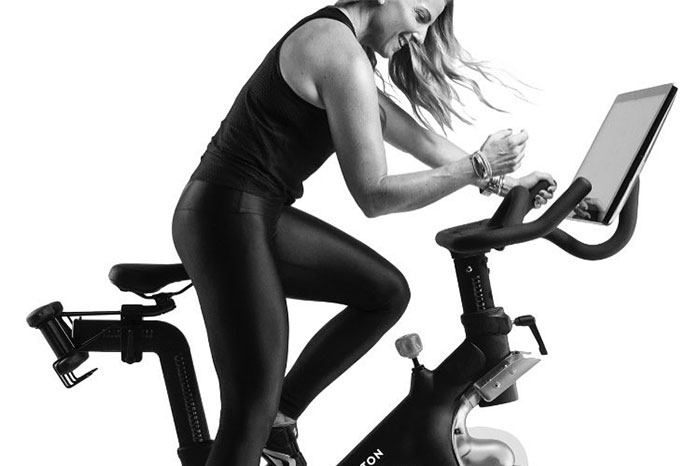 Howard kicked off Wednesday’s show with a discussion about his recent Peloton workout and the fondness he has for one instructor in particular. “The only teacher I like on there is this Jenn Sherman,” he said.

As much as he enjoys Jenn’s classes, however, he has sometimes expressed one minor complaint about her teaching style: she has a propensity to sing too much during class. But Jenn didn’t sing a peep during one of her recent classes and that left Howard feeling like he might be responsible. “Two or three times she almost started to sing and you could see she just shut it down,” he said. “It was a great class, but I felt so guilty.”

Thankfully, Jenn called into the show a bit later and cleared things up. “I’m really just calling in to tell you you did not ruin my life,” she told Howard over the phone, explaining the music playing during that class were songs she just didn’t know the lyrics to.

Howard was grateful to learn he wasn’t the culprit. “You’re a great teacher, I have to say,” he told her.

Before hanging up, Howard also revealed he doesn’t much enjoy standing on the bike during his workout. “You don’t want to stand, you don’t stand,” Jenn responded. “That’s my whole thing … your ride, do what feels good. That’s not bullshit. That’s real.”

VIDEO: High Pitch Erik Tries to Seduce Chris Wilding in the Back of His Brand-New Truck

Sal Governale Coughs Up Blood While Battling Pneumonia and the Flu