Plus, the Wack Pack weighs in on their Election Day experiences 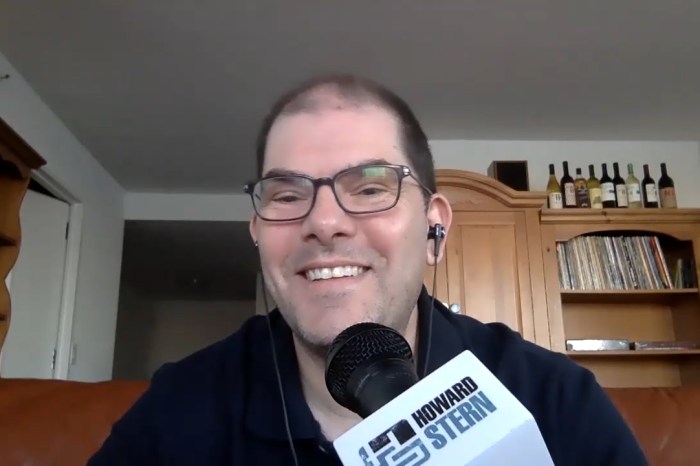 With the results of the 2020 presidential election still up in the air on Wednesday morning, staffer Jon Hein checked in throughout the show to keep Howard and co-host Robin Quivers up to date with the latest information.

“I, as you guys know, heavily look at the oddsmakers,” Jon said at one point of where he gets some of his information. “It’s tight. It’s going to be a very, very tight race.”

While results nationwide continued to update, members of the Wack Pack were firm with their choices.

“When my car had a flat tire … he actually helped me put the tire back on the car,” Sour Shoes recalled of his choice, President Donald Trump. “He got out of the car that was driving him and he helped secure the back of the car while I elevated the car.”

“I’m not voting for anybody but myself,” Bigfoot said of his decision to not cast a ballot. “I’m not even going to bother to vote at all, not going to waste my time on it.”

As might be expected, conspiracy theorist High Register Sean had a controversial visit to the polls. “A car pulled up behind me … I went inside to vote, I came back outside, they were still in their car,” he remembered. “I turned on my truck and drove away and they drove after me … I had to drive the wrong way down a one-way street just to get away from them.”

Mariann From Brooklyn’s day was a little more out in the open, having successfully completed a Baba Booey bomb on a local New York City news affiliate, WABC. “What people don’t realize is it’s not that easy,” she told Howard of the feat. “Once they see me, you know, jumping like a maniac, cameramen start coming after me so I make a mad dash and I run. Luckily, I got it out for you, Howard ‘cause I love you.”