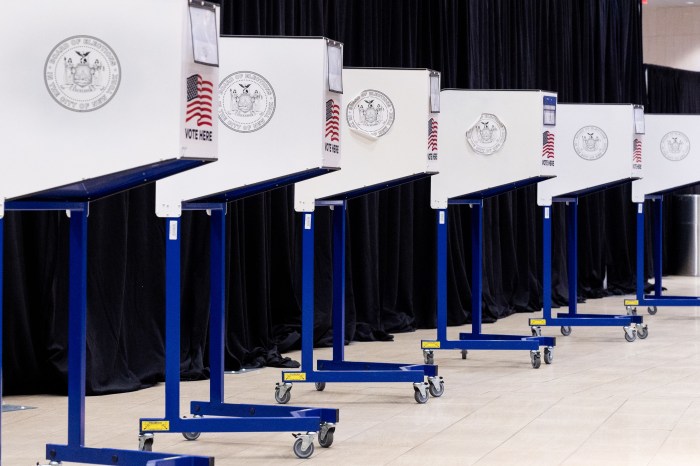 Ralph Cirella might not have set the record straight recently on his sexuality, but on Tuesday morning Howard’s stylist came clean on something else – he’s never voted before.

“This is really embarrassing and I’ve lied about it … I’ve never voted before in my life ever,” he confessed on the day of the presidential election, before revealing that streak is finally coming to an end. “I am so aware of what’s going on right now, too aware. Now that I’m voting I’m reading the ballot, I researched everything on the ballot, it’s great.”

Several Stern Show staff members discussed their voting plans and challenges, starting with executive producer Gary Dell’Abate, who is still recovering from a recent knee surgery. “I can still walk,” he said after Howard jokingly suggested his wife Mary would be carrying him to the polls on her back. “It’s literally around the corner … I have my mail-in ballot ready. If I get there and it’s like crazy, then I’ll just take my mail-in ballot to City Hall.”

After demonstrating for Howard his current walking abilities, Gary gave an update on his progress. “It’s getting better every day,” he noted before discussing his rehab routine. “I get on the bicycle … I don’t do any classes. I just get on and do it at like grandmother speed for 15 minutes.”

Staffer JD Harmeyer, who recently moved, also planned on voting later in the day. “The only reason why I waited was ‘cause I tried to register in New Jersey and … it took almost a month for it to go through,” he explained. “It just went through yesterday … I’m going in line, I’m gonna walk after the meetings today.”

Will Murray said his plans depended on the length of the lines at his local voting center. “If I get to the polling place today and it’s like two hours, I’m skipping it,” he admitted before later conceding that one hour would be worth the wait. “Jesus, people died for my right to vote, I gotta at least sit there for an hour.”