“I think he was the first person I had those stirrings for,” Robin says of the original James Bond 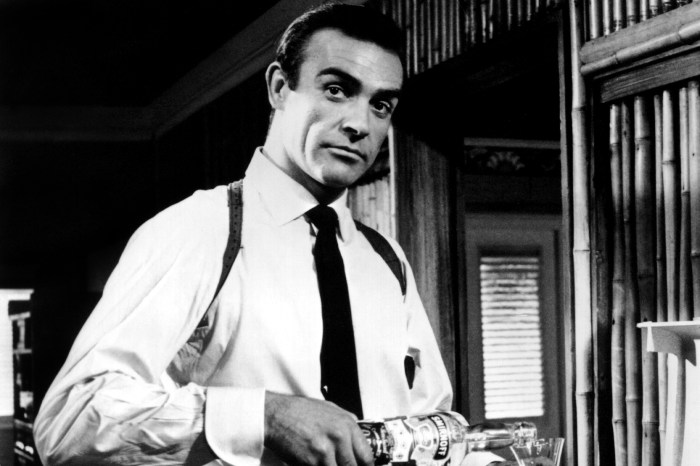 Iconic actor Sean Connery passed away on Halloween at the age of 90 and Howard and co-host Robin Quivers spent time Monday reflecting on the man celebrated for being the first to portray James Bond in the massive spy thriller film franchise. “A lot of people couldn’t pull off these lines,” Robin noted as Howard played now famous scenes from the Bond movies.

Robin also recalled how she once pushed her way to the front of the press room at the 1988 Academy Awards just to get close to the Scottish actor and Oscar winner that night. “I think he was the first person I had those stirrings for,” she admitted to Howard of her strong attraction to Connery. “Like when I saw him on screen … I was like, ‘I don’t know why, but something happens to me when I’m looking at him.’”

The appeal was so strong, Robin once hooked up with a man just because he had an accent that sounded just like Connery. “That loosened my knees really easily if you sounded like Sean Connery,” she recalled of the tryst she had during a vacation in the Bahamas.

Starting from very humble beginnings and eventually joining the Royal Navy, Connery’s rise to fame was anything but ordinary. “He was a bodybuilder first and that’s what got the eye of whatever British Hollywood is,” Robin pointed out before solidifying her credentials as a fan. “I know all about James Bond.”

VIDEO: Ronnie Mund Reveals He Didn’t Even Tell His Own Fiancée Which Presidential Candidate He Voted For