“We were looking for a communal experience and it got depressing quickly,” executive producer Gary Dell’Abate says 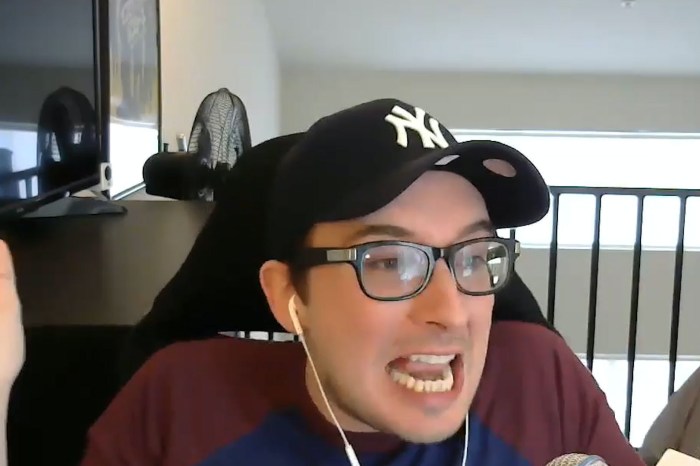 The world was on edge Tuesday night as it watched voting results trickle in for the 2020 Presidential Election and Stern Show staffer Chris Wilding was no exception. He joined his colleagues for an election watch party on Zoom, but as Howard learned Wednesday morning the conversation quickly got heated and Chris wound up storming out in anger.

“We were looking for a communal experience and it got depressing quickly,” executive producer Gary Dell’Abate said.

Tensions started to rise after a staffer named Ryan asked Chris, a proud Canadian, whether it was his first time watching a U.S. election. Enraged by the query, Chris quit the Zoom call. “He went, ‘You know what, man? Fuck you!’ and then he just shut his camera off and left,” Gary recalled.

“This group of people … they’re the most negative, pessimistic, downtrodden group on the planet,” Chris continued, adding, “I’m trying to open up and I’m trying to be vulnerable and I’m trying to sort of explain my emotions, and people are like, ‘Aw, fuck you!’”

Gary disagreed. “I was on the call, but I feel like I was on a different call,” he said.

Chris copped to acting dramatically, saying he later spoke to Howard’s longtime stylist Ralph Cirella and was a “blubbering mess.” Given the stakes of the election, he felt his emotional distress was justified. “People are fucking dying … and we’re sitting here twiddling our dicks on Zoom,” he said. “I wanted somebody’s shoulder to cry on.”

Staffer Jason Kaplan, meanwhile, saw things differently. “Chris, Chris, Chris—you’re lashing out at your friends,” he told his colleague. “[The election results] made me numb and sad and angry, but I was also happy to be around our friends, bullshitting and trying to make the best out of it.”

Eager to find out what really happened, Howard played some clips of the meeting for listeners. After hearing them, he and co-host Robin Quivers agreed it was silly for Ryan to ask Chris if he knew anything about U.S. elections.

“What do you think, the guy lives on Mars? He grew up in Canada.” Howard said.

In the end, Gary regretted how the night went down. “We were all breaking balls, so I apologize,” he told Chris.

Gary also reported staffer Benjy Bronk, another person who’d frustrated Chris on Tuesday evening, had joined the video conference from his own bed. Howard brought Benjy on to explain himself.

“Chris, you have every right to have feelings. No one respects feelings more than I do,” Benjy said. “But … to attack Ryan for being condescending, if anyone else would’ve reacted like you did, you would’ve said , ‘Oh my God. That guy’s such a baby.’”

Howard said he’d heard enough. “I gotta end this thing. Everyone is on edge,” he concluded.