Gov. Andrew Cuomo on Why Joe Biden Won, Whether He’ll Be the Next Attorney General, and Dating in the Age of COVID-19

“I can’t pull the sock all the way up because my legs are blown up,” Wack Packer reveals 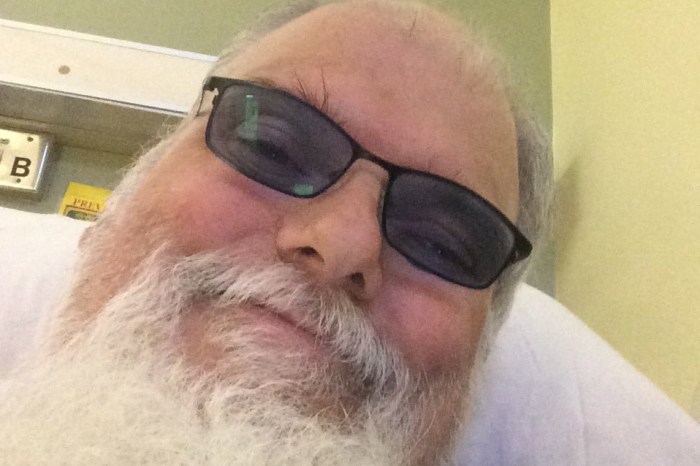 Jeff the Drunk called into the Stern Show Monday to reveal a potentially serious bacterial infection landed him in the hospital. “I had cellulitis in both my legs,” the Wack Packer told Howard and co-host Robin Quivers of the diagnosis. “They were inflamed and they were very red … I can’t pull the sock all the way up because my legs are blown up.”

“I normally don’t know about these things but because I watch ‘My 600-lb Life’ … all the heavy people have cellulitis,” Howard admitted. “They have like Elephant Man-type legs … it’s quite an interesting look.”

Jeff, who confirmed he weighs around 270 pounds, discussed his plans to combat the issue. “I’m going to try to lose some weight but I’m also getting a nurse here,” he explained.

While Jeff said he did a handful of Cameos during his hospitalization, Howard was more concerned with his health issues. “You’ve spent your life drinking, smoking weed, doing God knows what else, smoking cigarettes … maybe it’s time for a lifestyle change,” he advised. “You do what you want but that would be my recommendation.”

“I hear you,” the Wack Packer responded. “I’m currently drinking water, if it’s any consolation.”