“He’s thrown up on our grandkids as Santa before,” Richard’s Ethel complains to host of Sal’s Fred 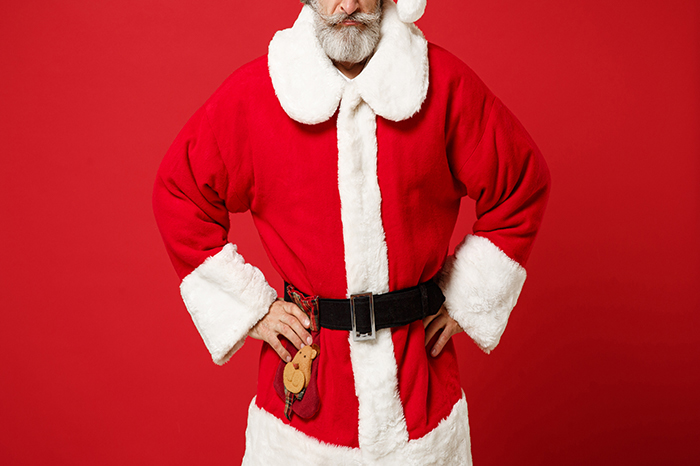 It’s no secret that the holiday season tends to awaken family drama. In their latest of many phony phone calls to Swap Shop and Tradio, Sal Governale and Richard Christy reprised their roles as an old married couple named Fred and Ethel to burden one radio host with a Christmas-themed dysfunction.

“I’m available to play Santa Claus for this Christmas ‘cause times are tough and I could use a few dollars,” Sal told the host as Fred. “I’m in a wheelchair but the wheelchair is designed as a throne.”

While the host was more than receptive to Fred’s offer and overall pleasant demeanor, Richard’s Ethel was quick to debunk such charm. “That’s my ex-husband Fred and he’s a drunk,” he charged in his rather unconvincing elderly woman voice.  “I just wouldn’t trust him as a Santa … he’s thrown up on our grandkids as Santa before and the reason he’s in a wheelchair is ‘cause he fell down drunk off our porch a couple of weeks ago.”

The back and forth only worsened from there with the old married couple fighting to the death quite literally while on the line with the startled radio host.

“Nothing like a live death on radio,” Howard said with a laugh.

“She stayed with the whole thing,” co-host Robin Quivers remarked. “I thought she was going to bail – she was right there until the end.”

Hear Fred and Ethel’s holiday friction for yourself in the audio (below).