“He got in touch and said, ‘I remember that it’s your parents’ anniversary,’ he says of a note he received from the chain’s Senior Director of Marketing 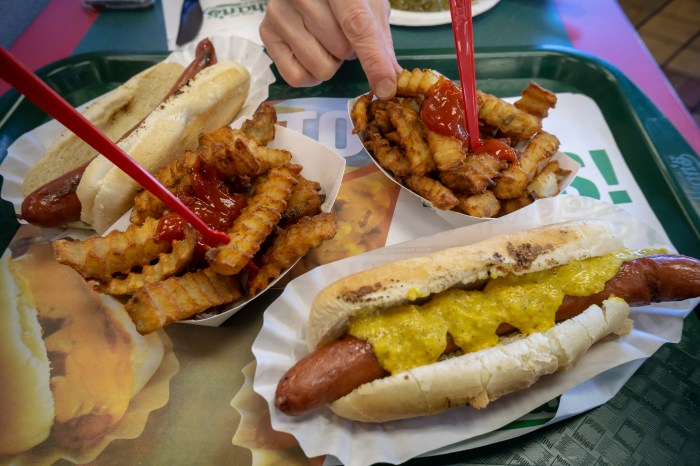 After 74 years of marriage, Ben and Ray Stern follow the same simple celebratory ritual—food from the hot dog institution Nathan’s Famous. “My parents never celebrated their wedding anniversary, the only thing they used to do was they would go to Nathan’s,” Howard explained Wednesday of the annual tradition. “’They would go and I would hear the same story, ‘We went to Nathan’s for our wedding anniversary.’”

While he wasn’t sure if he was going to send a care package to them this year like he did last, a message from Nathan’s Senior Director of Marketing Phil McCann convinced him otherwise. “He got in touch and said, ‘I remember that it’s your parents’ anniversary—he knew,” Howard explained to Robin.

“Is that really a real name?” she said through fits of laughter while repeating “Phil McCann.” “Was this a goof, Howard? Did Richard and Sal do this?”

Turning out not to be a goof, both Howard and his parents were very appreciative of the gesture—although his mom did have one minor complaint. “When they sent that food, there was a big like statue of the original Nathan’s of Coney Island … a big replica of Nathan’s—what am I going to do with that?” Howard remembered her saying.

JD Harmeyer Gets Treated Like a Celebrity During a Wild, Whiskey and Weed-Fueled Night Out on the Town