“You did crazy sh-t when you were a kid,” the frequent caller reasons 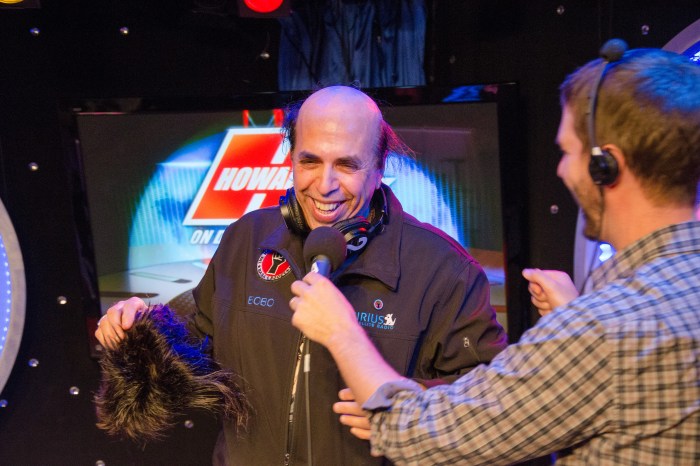 Frequent caller Bobo has admitted to everything from accidents to run-ins with the law, but none quite compare with his revelation on Monday—he’s used his penis as a weapon.

Confessing to participating in a “sword fight”—the act of making contact with another penis—when he was 13, Bobo was quick to downplay what he said was a one-time thing. “You know when you were teenagers you would say, ‘Oh, who has the bigger dick, I bet I have a bigger dick than you’?” he explained to Howard and co-host Robin Quivers. “It was like a dare type of thing … you did crazy shit when you were a kid.”

According to Bobo, the interaction wasn’t much of a big deal—though he did prepare for battle. “We might have chubbed up a little bit,” he admitted. “We didn’t take all our clothes off, it was one of those things you just dropped your pants and, you know, that was it.”

Although Bobo never said who won the duel, Stern Show staffer Derek Jones thought he might have had an unfair advantage. “I saw it and it has a right angle, it like turns left,” he said of the caller’s supposedly curved member, which he claimed to witness during his 2017 Walk of Shame. “I saw his penis and it was crooked … I’ve seen a lot of Wack Packer’s dicks, unfortunately.”

“No wonder he won that sword fight,” Howard joked. “He had an advantage, like he could hook the dick of the other guy.”