“I would even go and sit in there if I didn’t have to sh-t,” Richard tells his boss 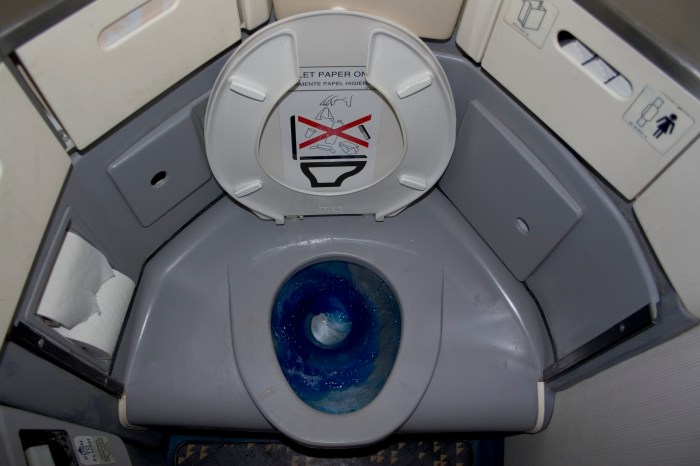 After reminiscing about the rankness of the office restrooms and prattling on about the putridness of Porta-Potties and public bathrooms in general, Howard kicked off Monday’s show with a bowel-shaking question for co-host Robin Quivers. “Have you ever had to shit on a plane?” he asked.

The thought left Howard aghast. “I would be mortified if I had to shit on a commercial flight,” he said.

His sentiment wasn’t shared by the entire staff, however. Richard Christy said he saved his feces up for flights because he preferred the lavatory over his actual seat. “There’s some weird thing where, when I’m in that bathroom, I feel way safer when the plane is like bouncing up and down,” he explained. “I would even go and sit in there if I didn’t have to shit.”

Howard heard there was more to the story, including drunk defecations, poor wiping technique, and Richard walking around the airplane cabin in his socks.

Sal offered up even more revolting tales about his partner in crime. “Richard, one time sat in his seat, pissed himself, and then sat in his piss for the entire ride,” he said.

Richard couldn’t deny it. “We were taxiing at J.F.K. [Airport] for like three hours … I had to pee, and they wouldn’t let you get up to use the bathroom,” he said. “It’s horrible. I’ve got no defense.”

Howard felt bad for everyone forced to fly the friendly skies with Richard and Sal. “You both should be on a No-Fly List, I swear,” he concluded.

Benjy Bronk Might Be Walking the 2021 New York City Marathon