“He loved life … he always had a smile on his face,” Beth recalls of her former Letterman colleague 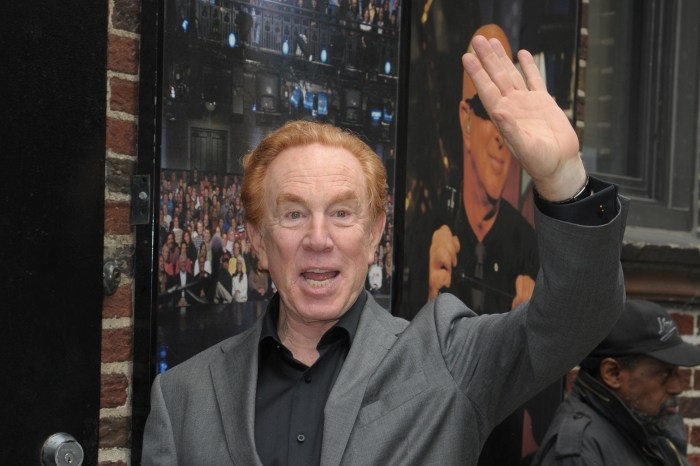 “Big Red” has left the building. Alan Kalter, the longtime announcer of “Late Show with David Letterman,” has passed away. On Tuesday morning, Howard’s wife Beth—who played Kalter’s wife in several show sketches, had nothing but fond memories of working with Alan.

“He was so respectful, so kind, so friendly,” she told Howard of the announcer, whom she would often appear with in scantily clad clothing. “He would always ask about you, he’d ask about my family, he’d talk about his wife—he was just so lovely.”

Despite often being in risqué scenes that would involve being in bed together, Beth confirmed Kalter was nothing but professional. “His eyes never went past my eyes,” she noted before adding that was unfortunately not often the case with others. “I can’t say that about a lot of people I worked with.”

“She has had the worst experiences as most women have,” Howard agreed. “The fact that you said to me that Alan Kalter was a good dude, a gentleman, I thought we should say something.”

Initially an English teacher in Long Island before becoming an announcer for game shows like “To Tell the Truth,” Kalter’s big break came in 1995 when he took over for Letterman’s first announcer, Bill Wendell. Kalter—who went on to become a part of sketches such as “Alan Kalter’s Celebrity Interview,” was remembered for his upbeat personality. “He loved life,” Beth said. “He always had a smile on his face.”