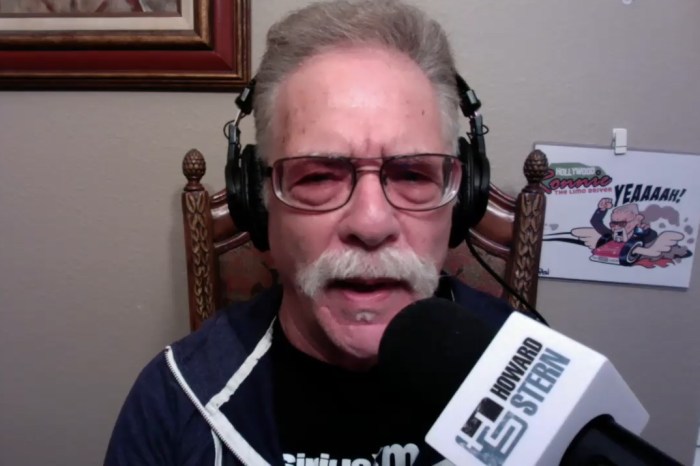 Further discussion of Bubba the Love Sponge’s appearance on Tuesday led to a reminiscing session of Wednesday of Bubba’s elaborate 2007 wedding —specifically the wild antics of Ronnie “the Limo Driver” Mund. Remembering the raunchy speech that featured on-air drops like “69!” that are used to this day, the Stern Show staffer offered some background.

“Ronnie stole the show … Ronnie topped everyone,” Howard noted of the speech.

Ronnie’s hijinks also included dirty dancing with another attendee’s girlfriend. “We were grinding in the middle of the fucking floor … Towards the end of the night he started to get pissed because all she wanted to do was hang out with me and dance on the floor,” he explained before admitting to feeling regret once he realized his behavior would be used against him on the show. “I got back up to my room and I’m sitting there in bed and I’m going, ‘I’m fucked on Monday.’”

The conversation did spur news regarding the long-awaited wedding of Ronnie and his fiancée Stephanie. “We’ve been talking about it … once we’re settled here [in Las Vegas], that’s the next thing to work on,” he said from the couple’s new home before joking, “I’ll have Bubba make a speech at my wedding.”