Is Beetlejuice or Eric the Actor the Greatest Wack Packer of All Time?

Is Beetlejuice or Eric the Actor the Greatest Wack Packer of All Time?

“It’s like the Beatles versus the Rolling Stones—it’s hard to answer,” Howard says of long-argued debate 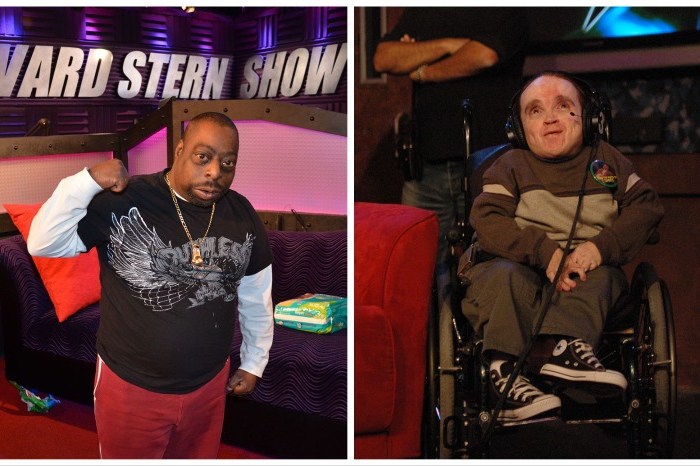 One dressed as Superman and the other refused to fly with balloons. A recent discussion about a Wack Pack Hall of Fame led to a debate on Tuesday over who the greatest Wack Packer of all time is: Beetlejuice or the late Eric the Actor?

“Beetle was amazing … There were people who hired Beetle just to come to their wedding,” co-host Robin Quivers argued before noting he always carried himself like the biggest celebrity around. “He didn’t even care if another big star was in the room. They didn’t mean anything to him.”

Howard’s stylist, Ralph Cirella, vehemently disagreed. “He was way more interesting and engaging,” he said of Eric the Actor. “That stuff with Johnny Fratto and the contracts—he’d have all those asks of these ridiculous things.”

“This is an argument that’s been going on a long time, it’s like the Beatles versus the Rolling Stones—it’s hard to answer,” Howard, who also picked Eric, said of the debate.

For the most part, Stern Show staffers agreed with Robin on her Beetlejuice pick. “I am team Beetle because Beetlejuice was like himself … he was natural all the time,” JD Harmeyer opined. “Eric, I think he had some shtick sometimes.”

“Sometimes Eric was like trying to figure it out; Beetle just is,” executive producer Gary Dell’Abate said before adding more evidence for why Beet was the best in his mind. “The outfits alone were great … His Don King is the funniest I’ve ever fucking seen … But the other thing I loved about him was his belligerence was so genuine and so misguided. Like he would come in sometimes and he’d go, ‘Hey Baba Booey, how you doing man? Good to see you’ and then sometimes he’d walk in and go, ‘Baba Booey, fuck you!’”

“Hands down, head and shoulders above every Wack Packer,” Sal said of Beetlejuice before remembering the time he tried to order dragon chicken at a Chinese restaurant for the Wack Packer. “Without missing a beat, he goes, ‘Nah, I don’t eat dragon.’”

Continuing his point, Howard mentioned the time Eric brought up the possible threat of fictitious creatures in New Mexico, where he was offered to do a guest spot on the show “In Plain Sight.” “He wanted something written into his rider that he’d be protected from vampires and werewolves,” he remembered. “I mean come on, that was such a beautiful moment.”

Fred Norris agreed. “The best Wack Packer is by far and away … Eric the Actor,” he said before taking a slight dig at Beetle relying on the material provided to him by the show. “You guys propped him up, Eric brought his own game … Eric was better, that’s it.”

“Maybe there has to be two GOATS,” Robin offered finally after hearing Howard and Fred’s convincing arguments.