"This is really infantile behavior, especially for guys your age,” a real-life conflict resolution expert declares 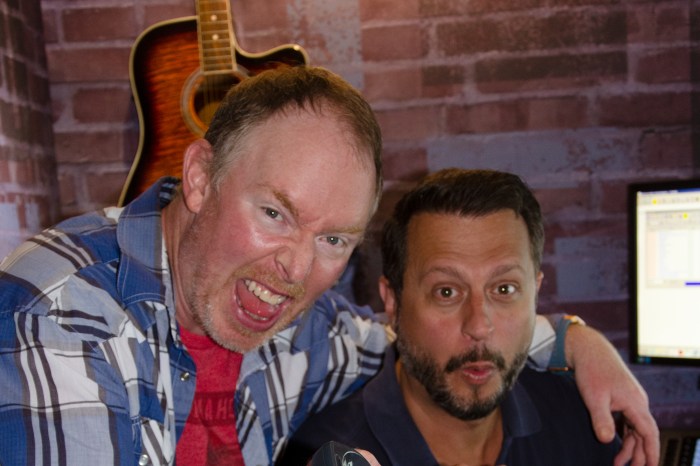 The prank involved staffers Richard Christy and Sal Governale inviting a real-life conflict resolution expert onto their totally fake radio show and asking him to mend a decades-long rift between TV stars George Takei and William Shatner. What he didn’t realize is that he would be talking to two impressions of the actors and neither of them had any intention of making nice. “This is such a thrill. I really hope I can help here,” the expert said as the “stars” began sniping at each other.

First, “Takei” took “Shatner” to task for his recent real-life trip to space. Next, “Shatner” fired back with a crack about his former co-star’s Broadway musical. Growing exhausted, the expert tried making peace by inviting the actors to compliment one another.

“Bill does have one of the best-looking toupees I’ve ever seen,” “Takei” said. “It barely looks like a dead squirrel.”

The expert had heard enough. “This is really infantile behavior, especially for guys your age,” he said, adding, “The best thing you can do is stay separated from each other.” Listen to the phony phone call (below).

VIDEO: JD, Gary, and Ronnie All Have Some On-Air Verbal Tics