“He is a master at watching TV,” Howard says of Stern Show staffer 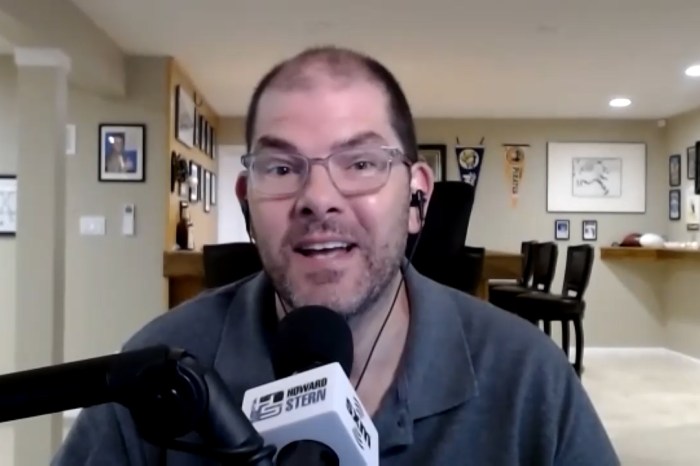 It should come as no surprise that Jon Hein, a man so consumed with television he dedicated a successful website to it, spent nearly his entire Thanksgiving break watching it. “It was an awesome weekend,” he told Howard on Monday morning of viewing everything from “Get Back”—the new Beatles documentary series, to his alma mater Michigan beating rival Ohio State in football. “I watched mostly the Beatles stuff, I think that was pretty much it for Thursday and Friday … Saturday, I watched the Michigan game and at night I watched another game.

By Sunday, the Stern Show staffer needed a break. “I didn’t watch anything because I was on the high of watching Michigan win,” he revealed. “The Steelers were terrible yesterday and it was a bad football day, but I didn’t care.”

“God bless Jon Hein, he is a master at watching TV,” Howard said of his staffer’s viewing habits.

While Howard and co-host Robin Quivers have yet to complete the nearly eight-hour Beatles series, the very dedicated Jon was able to. “I couldn’t stop watching it,” he said before noting highlights such as the accomplishments of their lead guitarist. “George Harrison was so fascinating to me because he was learning how to be an excellent songwriter … he seemed to be the one who would add a lot of different things to the songs that you never knew before he contributed … if you watch, you really learn how it comes together.”

Bobo Reveals the ‘Aviance’ in Massage Parlors Turns Him On