“The only person I miss is you,” iconic Wack Packer tells Howard 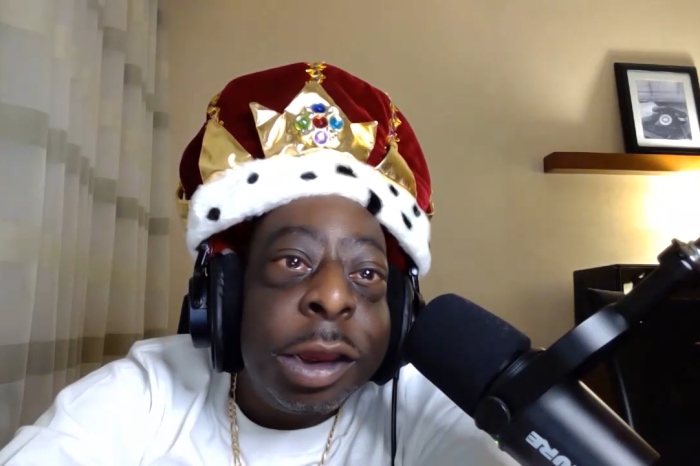 He returns! Beetlejuice, the man who many consider to be the greatest Wack Packer of all time, reemerged Tuesday for his first Stern Show appearance since 2016. From a Georgia hotel room with his longtime manager Bobby, Beetlejuice told Howard and co-host Robin Quivers everything he’s been up to since his last visit. And, while Howard assumed his sister was taking care of him as well as their elder mother, the Wack Packer revealed that’s only partially true. “I’m taking care of [them] too, all three of us,” he explained before claiming to be even older than his own mom.

“You look much younger, and you look fantastic,” Howard marveled in response.

With over two million Instagram followers, Beetlejuice’s social media fanbase has gotten bigger and younger—including Howard’s nephew. “I think he’s doing the right thing,” the Wack Packer said of his follower. “We’re friends … wherever he goes, I go.”

When it came to his love life, Beetle was a bit coy—at first. “I can’t tell you that,” he responded when Howard asked if he had been with anyone famous before eventually claiming he had been with an older woman. “That old lady, she can fuck now … hell yeah, she loves that shit.”

Despite laying low, Beetlejuice has been productive on the business front, even getting in on the cryptocurrency trend. “BeetCoin is good, I’ve got the BeetCoin right here in my hand,” he said as he showed off the coinage to Howard.

“He decided it would be a good idea so here we are,” Bobby added of the currency, which has grown in value from $0.06 to $0.30 since getting off the ground. “It did well right off the bat.”

While he told Robin he was always thinking about her, Beetlejuice said there was only one person he truly missed—Howard. “I ain’t playing, I’m serious,” he defended after Howard thought he saw the Wack Packer winking. “You think I’m not thinking about you? … It’s like I said, you’re my friend.” Before he parted, Beetle – who claimed to be sober, had some words of wisdom to share. “[You] gotta change your life Howard, you gotta change your life, man,” he implored. “How are you going to eat pussy if you don’t change your life? … If you want to eat pussy, you’ve got to grow a beard—be a man.”