“You fly all night, you eat all this junk, and it’s not healthy,” fake weight loss doctor tells Santa actor 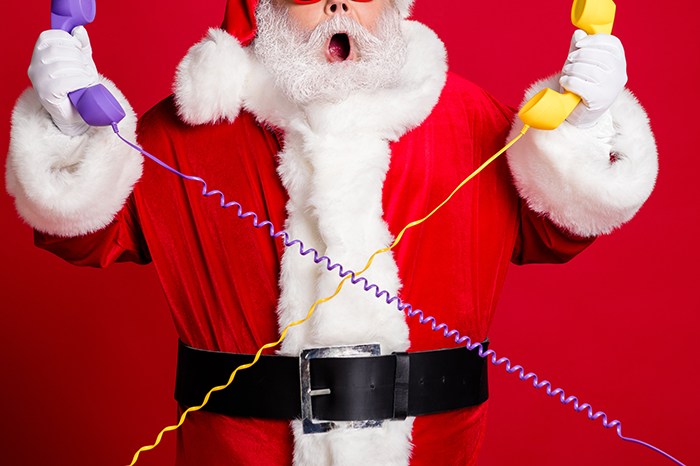 After a long night of delivering presents to little kids around the world, Santa Claus has grown accustomed to enjoying mass quantities of milk and cookies guilt-free—until now. In Sal Governale and Richard Christy’s latest “Jack and Rod Show” call, “My 600-Lb. Life” star “Dr. Now”—played by Stern Show staffer Chris Wilding—berated a Santa actor for his unhealthy ways.

“Well, that’s a problem,” the fake doctor noted after the man in character reminded “Billy”—a young child on the phone—to leave out treats for him on Christmas. “You fly all night, you eat all this junk, and it’s not healthy. You’re going to go ahead and get a heart attack and when you’re dead, who’s going to give little Billy his toys?”

Santa tried to reassure Billy he was fine, but “Dr. Now” wasn’t having any of it. “The problem with Santa is he’s very fat and he’s celebrated,” he complained. “He don’t want to do the work. You think dying of obesity is an easy death, it’s not. It’s very slow and painful … they could cut off your foot.”

Despite doing his best to keep his composure, the continued taunts of “Dr. Now” eventually got the best of the actor until he was no longer jolly. “Billy cover your ears,” he said to the child before turning his attention to the doctor. “You’re nothing but a fucking asshole, you ruined this kid’s Christmas.”

Neil Young on His Album ‘Barn,’ His Movie ‘Barn,’ and That One Time He Yelled ‘More Barn!’