“He does seem to be grumpier than ever,” Stern Show staffer Memet Walker says of Howard’s former driver 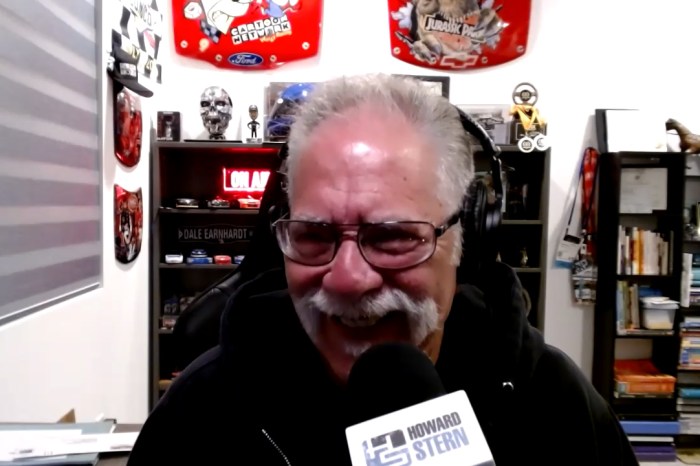 Ronnie Mund might have ditched the East Coast for the warmer weather of Las Vegas, but it appears as if his demeanor has remained unchanged. While out in Los Angeles recently, the anger of Howard’s former driver came out during several occasions. “We did spend a lot of time together … he does seem to be grumpier than ever,” Stern Show staffer Memet Walker, who was on hand to record Ronnie, observed.

During a visit to the ocean, Ronnie grew agitated when his fiancée Stephanie requested a walk by the water. “I don’t like the fucking beach,” he could be heard yelling in one clip. “That’s why we have a pool. If I wanted a beach, I would have put a beach in the backyard.”

“You would think Ronnie … at his age and everything, would be bending over backwards for a hot young fiancée like Stephanie,” Howard said in response.

Ronnie also flared up when Stephanie apologized to a bus boy who knocked their table over while out for a meal. “The whole restaurant basically stopped,” Memet reported. “This poor man is like terrified cleaning up the drink as Ronnie’s yelling.”

“Did you hear yourself yelling at the guy?” Howard questioned before theorizing it was the decision to put Ronnie on the radio that changed his behavior. “You wouldn’t have done that back in the days when you drove a truck or drove a limo.”

Other situations that set the Stern Show staffer off included people on electric bicycles and a man who attempted to sell edibles to Stephanie on the boardwalk. “I lost my shit with that guy,” Ronnie, who could also be heard unleashing on his fiancée, admitted. “The guy was a fucking drug dealer, are you fucking kidding me?

“The drug dealer talked to her better than you do. What the hell has gotten into you?” Howard responded. “You’re retired, you’re in Vegas—lighten up.”

In fact, Ronnie eventually did lighten up by sparking up a blunt—at a children’s playground. “He had the whole beach to choose from and he sat right down at a playground crawling with little kids,” Memet remembered. “We’re literally 10 feet from a slide, like three-year-old kids are landing by Ronnie in a big cloud of smoke.”

Another thing that turned Ronnie’s behavior around was the pair of skull sunglasses he bought. “He came alive when he put on these sunglasses,” Memet revealed. “It was like light came down from the heavens – he really enjoyed them.” 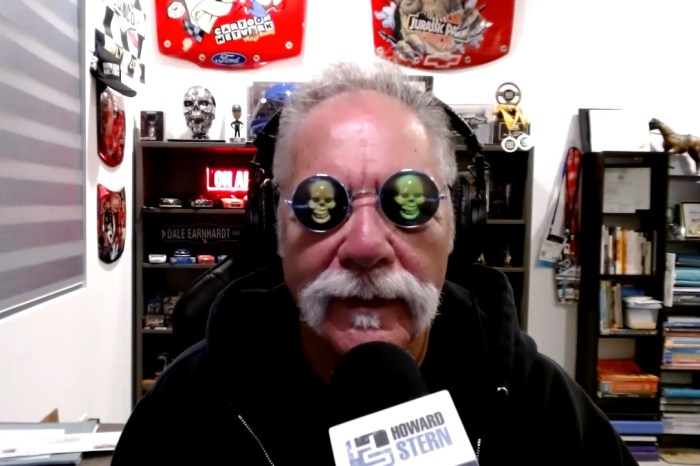 “I love those fucking glasses,” Ronnie agreed. “They were the greatest thing ever when you were fuckin’ high. All you saw were the skulls man, it was fucking cool.”