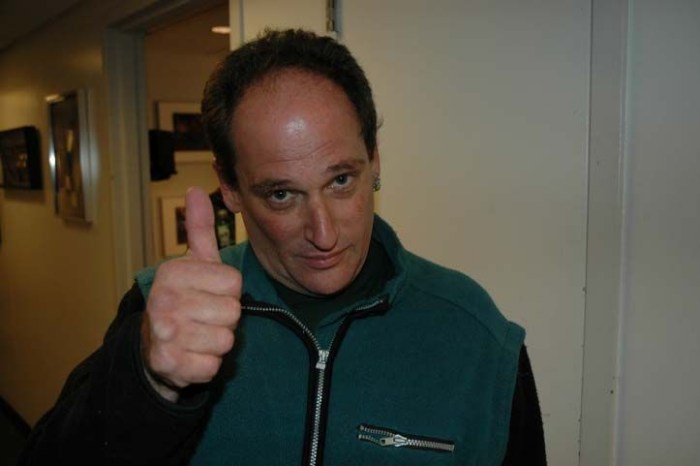 “Hey now, comrade. Can I get a little love for Mother Russia, please?” the puke-loving Wack Packer began before explaining he was “very much pro-Putin.” “He’s being much maligned. They should erect a national statue, a monument in his behalf in Mother Russia,” he continued.

Co-host Robin Quivers was confused as the Wack Packer had recently made a statement in support of the besieged Ukrainian people.

As Howard explained it, the Wack Packer’s ideological shift was intimately related to his love for being thrown-up on. “We had a staffer pose as a Russian woman named Ivana. She called Jeff to see if he would defend Russia and Putin in exchange for puking. I wanted to see if he had any backbone,” he said as he played a clip of “Ivana” sweettalking Jeff into supporting Russia.

“He turned on a dime,” Robin remarked after hearing it.

When Howard got Jeff back on the phone, the Wack Packer insisted he really did support the Ukrainian people. But Howard didn’t let him off the hook so easily. “You threw away all of your beliefs for women vomit,” he said.

“Well, they called me up,” Jeff the Vomit Guy pleaded. “They made me feel this girl—this Natasha—could be the ideal vomit person for this Boris right here.”

Not every Wack Packer was willing to betray their nation for sex, however. Howard played a clip of “Ivana” calling up Medicated Pete with a similar solicitation and Pete—who apparently hadn’t been with a woman in three years—wasn’t having it. “I appreciate the offer, but I just can’t support Putin right now,” he told her. “Sorry about that.”

“Well, Jeff, you flunked the test but you’re true to your love of vomit,” Howard concluded.