The conversation with the Boss was a smash hit, but Howard's post-show talk with Fred Norris proved more difficult 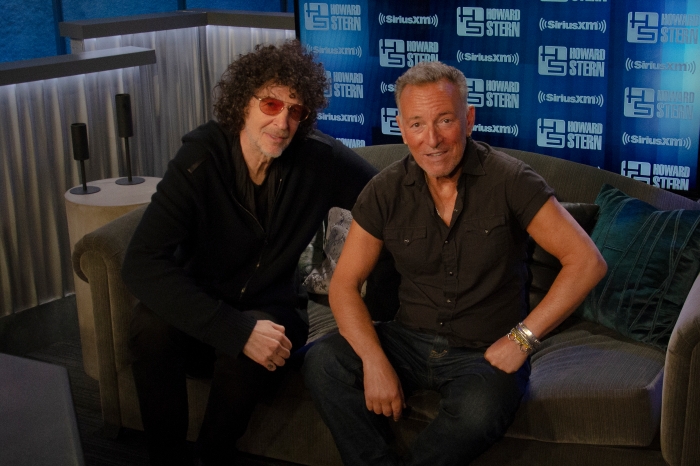 Howard and co-host Robin Quivers were still riding high Tuesday morning less than 24 hours after their unforgettable sit-down with the incomparably talented Bruce Springsteen, who not only opened up about his life and career during his Stern Show debut but also delighted listeners with live performances of and fascinating stories about many of his best known songs.

“For me, yesterday’s interview with Bruce Springsteen couldn’t have been better,” Howard said, comparing it to a conversation with the likes of Mozart or Beethoven.

While Howard’s return to the studio and interview with the Boss went as smoothly as he could’ve imagined, a post-show chat with Fred Norris proved more difficult. “I was in my car taking my four-hour ride home … and I said, ‘You know, I gotta call Fred because Fred is a big Bruce Springsteen fan … and I haven’t called Fred in years,’” Howard told listeners. “I called, and of course I get his voicemail, but I’m not going to leave a message.”

Fred, who’s a bit of a musician himself, also had effusive praise for the Springsteen interview. “He is so well thought out. He plans it like he’s fucking Patton invading Normandy,” Norris said.

While Howard struggled to connect with Fred, he did have a pleasant chat with Ms. Robin Ophelia Quivers. “I talked to you yesterday, and I said you have a level of comfort and spaciousness [with Bruce]. It really sounded like two guys who just bumped into each other,” Robin told Howard on Monday. “It really was that intimate.”

“It was such an emotional day in general … [That] experience will stick with me forever,” executive producer and Springsteen superfan Gary Dell’Abate added.

“I don’t think I’m ever going to forget how I felt during this interview,” Howard agreed. “This day, Gary – it was just fucking mind-blowing.”

Medicated Pete Fulfills His Dream of Visiting a Nude Beach