Plus, Robin Quivers and Fred Norris Recap Their Thanksgivings 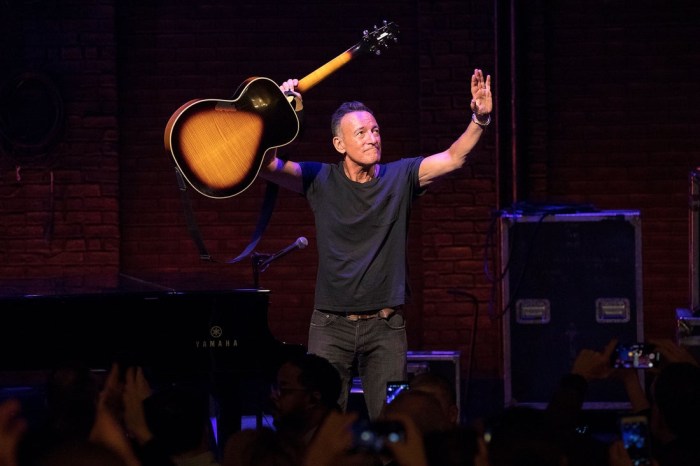 After weeks of anticipation, Howard’s interview with rocker Bruce Springsteen premiered on HBO and HBO Max over the weekend — and he missed it. “I fell asleep at nine o’clock,” he admitted Monday morning before noting some Stern Show staffers who stayed up especially enjoyed the introduction. “The guys were telling me … it was kind of cool when that HBO … static comes on … and then up came yours truly with Bruce … Bruce was excited, I was excited.”

To get the word out, Howard made what turned out to be a lengthy appearance the day before Thanksgiving on MSNBC’s “Morning Joe,” a morning program he’s long championed. “I was on with [hosts] Joe [Scarborough] and Willie [Geist] from ‘Morning Joe’ for like over an hour,” he said, recalling how they discussed Bruce and played clips from the interview. “I had a good time. It was a very interesting experience … I didn’t have to drive the ship — it was kind of nice to have to, you know, just sit back and just be a guest.”

“I thought they were going to keep you there forever,” Robin Quivers joked. “They were so thorough … I’ve never seen a segment that long on like any news show ever.”

Speaking of Robin, Howard’s longtime co-host discussed the Thanksgiving she spent with friends and, despite her recent foray into fasting, enjoyed a proper holiday meal. “Why would I go to somebody’s house for dinner and say, ‘Oh, I’m going to be sipping on this broth?” Robin questioned, before admitting she did eat conservatively. “I ate less than everyone else … Other people went back for seconds … I only had one serving.”

Fred Norris also spoke about his holiday, heaping praise on the culinary skills of his daughter. “I cooked the turkey and my daughter cooked just about everything else,” he told Howard. “She cooked the dessert. She cooked all the sides — she was wonderful, and everybody was happy.”