Howard & Beth Give a Sad Update About Bella the Pig

Howard & Beth Give a Sad Update About Bella the Pig 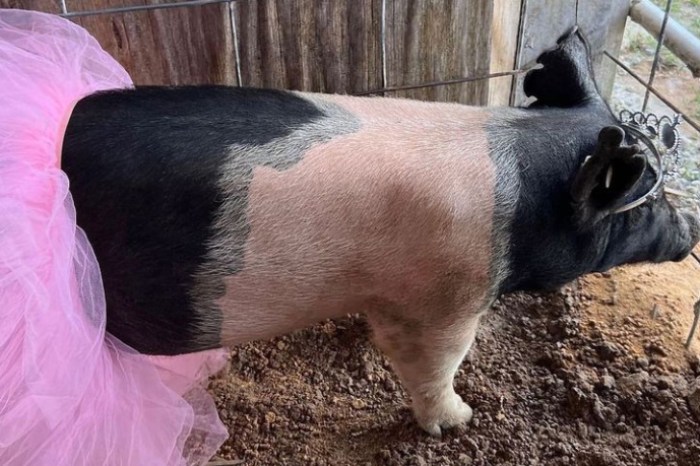 Stern Show fans had been wondering all weekend what Bella’s fate would be after a couple placed the highest bid for her at the South Florida Fair. They intended to bring Bella to their animal sanctuary to live out the rest of her days, but those in charge of the auction later informed them the pig was raised solely for processing and would need to be butchered. That’s when Howard and Beth tried all they could to save Bella from the slaughterhouse.

Many phone calls were made, and Howard informed his audience he left very nice messages for anyone he thought might be able to help.

“The state said if the C.E.O. of the fair wants to pardon this pig, they are all for it. And she said ‘absolutely not,’” Beth continued. “So she sent Bella to the slaughterhouse and last I heard, Bella’s meat was donated to a charitable organization.”

It wasn’t just the Stern Show that caught interest in Bella’s dilemma – news outlets around the world have been covering the story all week. As previously reported, the fair supposedly made no mention of their rule about pigs needing to be killed and turned into meat. Howard also didn’t understand why they’d give the pig a name and dress her up in outfits for photoshoots if they intended to slaughter her all along.

“They humanized her … the pig could’ve had a beautiful life,” he said on Monday.

“They were advertising her as a cute little pig,” Beth added.

While it does seem Bella is no longer oinking, Beth couldn’t help but still hold onto just a bit of hope. “I don’t fault the slaughterhouse … at all,” she stated. “If by chance they put Bella aside because of all this, get in touch with me. We will never say anything ever again.”

“We’ll put her in witness protection,” Howard said. “And even if they arrest us, we won’t say how we got her.”

Howard and Robin Debate How to Pronounce ‘Bengals’