Vaping Is as Bad for Your Heart as Cigarette Smoking, Say Some Experts 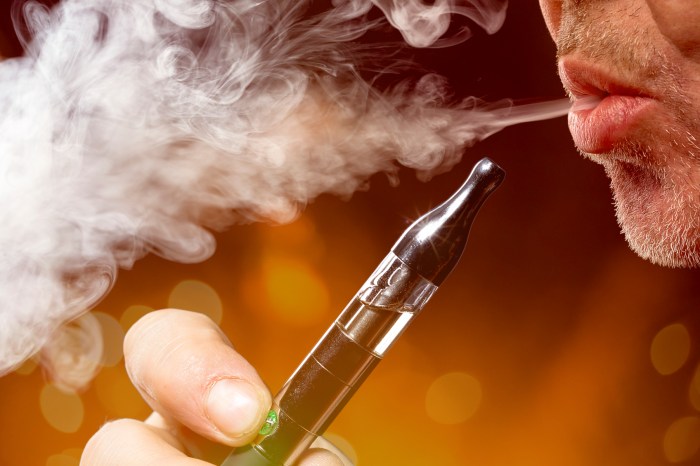 Few are arguing that vaping is good for you, but now some heart experts are making the case that it can be just as bad as traditional cigarettes.

The dangers of e-cigarettes were a topic of discussion recently at the European Society of Cardiology Congress in Rome. While the consensus seemed to be that vaping carries at least some health risk, several cardiologists, professors, and researchers went so far as to say that the habit is as bad for the heart as smoking nicotine cigarettes.

One professor said e-cigarettes are “far more dangerous than people realize,” according to the New York Post.

Experts also think more studies are needed to determine its full impact. Professor Peter Weissberg, medical director at the British Heart Foundation, said: “The study shows electronic cigarettes cannot be assumed to be risk-free. … Much more research is needed to establish the safety of long-term use of these devices.”

Still, many public health experts think vaping should be heralded as a safer alternative to smoking. “Vaping carries a fraction of the risk of smoking,” said Rosanna O’Connor, director of drugs, alcohol and tobacco at Public Health England.

Click here for the rest of the Post’s report on the Cardiology Conference. Click here for more information on the possible dangers of vaping.